Germany are a footballing nation who need no introduction. The first time they competed at a European Championship was back in 1972, when Germany went to Belgium and came back with the trophy, setting the tone for years to come.

Since then, Germany have continued to be one of Europe's strongest football forces. They added two more titles in 1980 and 1996, but have regularly made it to at least the last four of the tournament.

Euro 2000 and 2004 were underwhelming, but Germany quickly got back to their best by reaching the final of Euro 2008, and they followed that up with consecutive semi-final appearances in both 2012 and 2016. So, if it wasn't clear, Germany are really good at football. With so many years of dominance, it should come as no surprise that Germany have had a ludicrous number of superstars represent the country, so narrowing it down to an all-time XI is no mean feat.

Nevertheless, let's give it a go and name Germany's classic Euro XI. 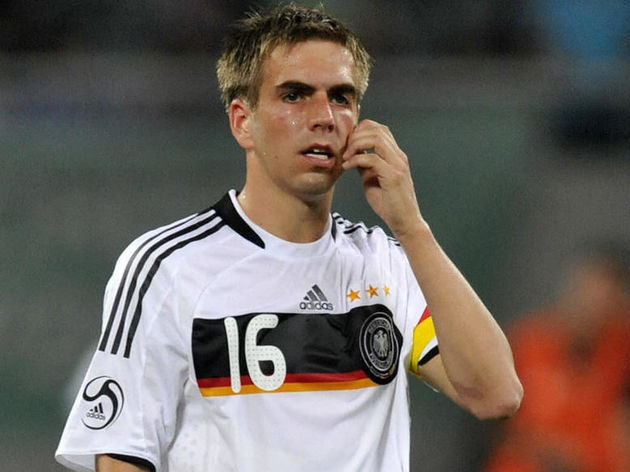 Sepp Maier (GK) - When it comes to naming Germany's best ever goalkeeper, Maier's name has to be suggested. The ​Bayern Munich legend was part of the successful West Germany side in 1972 and also reached the final four years later.

Philipp Lahm (RB) - One of the most iconic defenders in recent memory, Lahm is often touted as the best right back of all time, not just from Germany. After making his breakthrough at Euro 2004, Lahm reached the final in 2008 and the semi final in 2012, but never managed to add the trophy to his enormous cabinet.

Paul Breitner (LB) - Beckenbauer's teammate in the 1972 side, Breitner revolutionised the idea of being a left back. You'd see him defend on the left, attack on the right and score down the middle, and he did it all with ease. Bastian Schweinsteiger (CM) - Built in a very similar mould to Ballack, Schweinsteiger is undoubtedly a Germany legend. He featured at four Euros between 2004 and 2016, also picking up a silver medal in 2008. Gerd Müller (ST) - Many older fans will tell you that

Horst Hrubesch (ST) - With a penchant for a headed goal, Hrubesch was a dominant force for Germany between 1980 and 1982. He pulled off a trademark diving header in the 89th minute of the Euro 1980 final to win it all for his team.