Despite finding themselves rock bottom of the Premier League and seven points from safety with just 12 games left to save their season, Norwich fans have had some moments to cherish this year.

Their 3-2 win over champions Manchester City is the obvious ​highlight, but throughout the campaign Canaries supporters have been treated to the sort of open and attacking football not associated with a relegation scrap - perhaps to their detriment at times.

Key to their style of play are midfielders Todd Cantwell and Emi Buendia, with the latter in particular likely to move on if Norwich fail to beat the drop.

 29 chances created in one month - more than any other Premier League player since records began!

Even if the East Anglian outfit can pull off an astonishing turnaround and keep themselves in the top flight, such is the impact Buendia has had on the Premier League, he could earn himself a big-money move elsewhere.

With Jack Grealish attracting all sorts of attention, this summer could see a creative midfielder merry-go-round in the transfer window.

So, who should be looking to secure the signature of the tricky Argentinian? The Foxes look a safe bet to be playing Champions League football next season. Brendan Rodgers' side find themselves 10 points clear of fifth place, while Manchester City's FFP misdemeanours have only strengthened their hold on a Champions League spot.

​Leicester will need to add numbers over the summer in order to cope with the additional demands of European football. The dropped points over the Christmas period demonstrated how Leicester's relatively small squad struggled to cope with a heavy fixture schedule, which will be a weekly occurrence with Champions League football.

James Maddison will certainly need someone to share the creative load (if he even stays), and Buendia could follow in the England international's footsteps by swapping East Anglia for the East Midlands.

Should Maddison leave, amid Man Utd links, Buendia could even be an adequate replacement - the Argentine is one of only three players to play more 'key passes' in the Premier League than Leicester's number 10 this season. This signing would be vintage Jurgen Klopp: recruiting a promising player who has already performed well for an average Premier League side, and making them better. Sadio Mane, Virgil Van Djik, Gini Wijnaldum, Andy Robertson and more can all vouch for that. ​United are favourites to sign at least one of Jack Grealish or James Maddison over the summer, but if they fail to make the Champions League, the young English midfielders could have more tempting offers.

Buendia fits a similar mould to the two named targets, and United could line up the Argentinian as an alternative (cheaper) option should they fail to land their first picks.

Though he doesn't fit United's British criteria, the Norwich star is the sort of player United should be looking to recruit. Buendia is not world-class, but he has proven his potential in England and with the right coaching and players around him, he could be something really special. Phil Foden is expected to step into David Silva's shoes when the Spaniard departs the Etihad this summer.

However, that leaves a vacancy in a role diligently filled by Foden these past few seasons known as the 'understudy'. This involves various substitute cameos and Carabao Cup appearances, while Pep Guardiola insists you're the most talented player he's coached, apologises for your lack of game time and refuses to send you out loan.

A move like this could go either way for Buendia, with Riyad Mahrez seeing plenty of game time at the Etihad since his arrival from Leicester. However, the likes of Scott Sinclair, Jack Rodwell and (to a degree) Fabian Delph all faded into obscurity and saw their careers stall at City.

Besides, will Pep Guardiola's side need such strength in depth next season anyway if their European football ban is upheld? 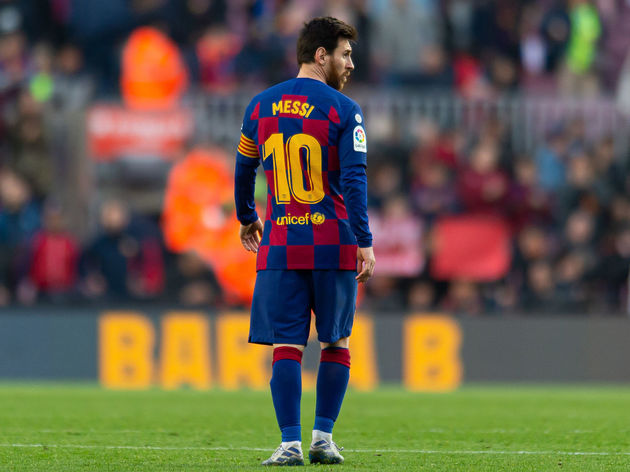 Following some indirect Eric Abidal comments ​and a very direct social media response from a certain someone, I hear Barcelona could be down a diminutive Argentinian this summer...

Sadly for Buendia, ​Messi looks set to stay put. But imagine if Barcelona did opt to replace their talisman with a fella from Norwich. And then signed Grant Hanley for good measure.