Leicester City. Promoted to the Premier League in 2014. Relegation candidates for the 2015/16 campaign. 5,000/1 odds to win the title. Yet, in arguably the greatest sporting achievement in history, The Foxes were crowned Premier League champions.

While members of Claudio Ranieri's title-winning side rightly have a position in the club's hall of fame, Leicester boast a rich history of record-holding players that deserve recognition too. ​​Leicester can confidently say they have one of the best forwards in recent Premier League history on their books. Oh, and he cost a measly £1m.

Having joined the Foxes when they were in the Championship, ​Vardy spearheaded his side's promotion in 2013/14, finishing the campaign with 16 goals.

The Englishman then went from strength to strength during Leicester's title-winning campaign. He set the Premier League record for scoring in ten consecutive league matches, and finished the campaign with 24 goals.

The now 33-year-old has netted 55 times in his last 84 league appearances across the last three campaigns, and looks set to hit the 20-goal mark for the third time in six top-flight seasons. ​The Algerian winger may have left Leicester for current Premier League champions ​Manchester City in 2018, yet his contribution to the Foxes ensures he goes down in the club folklore.

​Mahrez, alongside Vardy, spearheaded Leicester's 2015/16 title charge. He netted an impressive 17 times, as well as laying on 11 assists. The chief-terroriser of defences from the right-hand side, that season was undoubtedly the highlight of his career to date.

Though Vardy garnered much attention throughout the season, it was ultimately Mahrez who was named PFA Player of the Season. He was the the first African to do so, and also the first Algerian to win a Premier League title. ​Kanté spent just one full season at the King Power, yet arguably the diminutive midfielder was the side's most influential player during their title-winning season.

After joining in 2015, the Frenchman's importance to Ranieri's team was unrivalled. He finished the campaign with a staggering 175 tackles, and 157 interceptions from 37 appearances, topping the Premier League charts for defensive contributions. ​Lineker is unquestionably one of Leicester's most famous sons. A local Leicester lad, the Englishman began his professional career at the club, and went on to make 194 appearances, scoring 95 times.

Most notably, Lineker netted 22 and 24 times in his only two first-division campaigns at the club.

Still regarded as a club legend, the Englishman regularly reminds TV audiences of his strong ties to the club. No better representation of this was his appearance during the first 2016/17 Match of the Day in his ​underwear, as promised if Leicester won the league in 2015/16. ​Schmeichel's rise to the top has been remarkable. And although basically impossible, the Dane has come close to stepping out of his father, Peter's, shadow.

​Schmeichel joined the club in 2011, and his inaugural season was a sign of things to come. In 52 appearances, he recorded 17 clean sheets, saving four penalties in the process. He was named Players' Player of the Season.

Since then, he has gone onto make a whopping 326 appearances as his side's undisputed No.1 goalkeeper. He played each of the 38 fixtures in Leicester's title-winning season, recording 15 clean sheets. A modern club legend. The captain of the Leicester side who defied logic, odds, and expectations to win the league in 2016. Morgan's leadership qualities, intense passion, and commitment were transmitted throughout the squad.

After joining the club in 2012, he was awarded the captaincy ahead of the 2012/13 season. The centre-back has gone on to make 270 appearances, becoming the first Jamaican to win the Premier League.

His most impressive contribution was playing every single minute of action during Leicester's title-winning season of 2015/16; only one of three outfield players to do so. 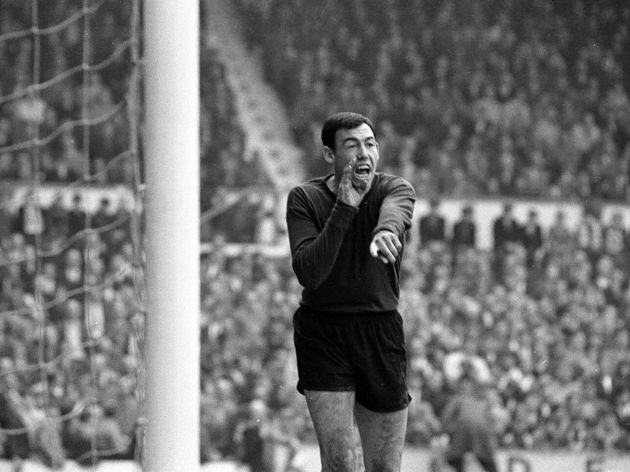 Banks made 293 appearances for Leicester during his eight years at the club. Initially competing with five fellow club keepers, Banks gradually established himself as first-choice during his first season at the club.

Between the sticks, the Englishman helped the Foxes to League Cup success during the 1963/64 season.

However, his cult status at Leicester will perhaps be more attributed to his contribution for his country, as during his time as a Leicester player, he started every game for England on the road to their 1966 World Cup win.

​Cross remains Leicester's record appearance-holder. In his 16 years at the club, he made 599 appearances in all competitions - a record that is surely near-untouchable.

The Englishman played in a variety of positions - a forward, right back, and centre-back. As well as holding Leicester's appearance record across domestic competitions, Cross won the League Cup in 1964 and the Second Division in 1971.

His outstanding attacking contribution to the Foxes rightly places him as one of the best players in Leicester's history.

Rightly nicknamed 'the Gunner' due to his lethal left foot, Rowley is the all-time leading goalscorer in the history of English league football.

He has a remarkable 434 league goals to his name, scoring a whopping 251 of these during his eight years at Leicester City