​Yes, we get it; Julian Nagelsmann's a generational coach, Timo Werner has a disturbing habit of scoring goals and Dayot Upamecano is a literal brick wall - we get it.

But while Leipzig's remarkable success this season has largely been attributed to Nagelsmann's system and the performances of the two aforementioned starlets at both ends of the pitch, Konrad Laimer's consistency in the middle of the park has largely gone unnoticed.

I know what you're thinking: "What is a Konrad Laimer?" Born in Salzburg, Laimer is a youth exponent of RB Salzburg but made his senior debut at FC Liefering in 2014 before becoming a prominent part of

Originally, the Austrian was brought in to be a long-term replacement for the soon-to-be departing Naby Keita - with Laimer's shrewd and aggressive nature making him the seemingly ideal profile to fill the Guinea international's void.

Initially, however, he struggled in what was a fiercely competitive position - Keita, Diego Demme, Kevin Kampl and Stefan Ilsanker were all vying for places in what was then Ralph Hasenhuttl's midfield pivot, with Demme and Keita the preferred partnership for much of the campaign.

Nevertheless, Laimer ensured he made a mark in his debut season, and by the end of the season, he had made 22 appearances, albeit mostly at right-back.

Then, under, Ralf Rangnick the following season, Laimer was granted greater opportunities in his preferred midfield role. He started 20 of Die Roten Bullen's 34 Bundesliga Despite the Austrian international's increased game time, it's fair to say that Laimer enjoyed a fairly mundane campaign as merely another spoke in Rangnick's wheel.

Under Nagelsmann however, Laimer has proven to be an indispensable member of a side set to knock Bayern Munich

Under a manager once dubbed the 'baby Mourinho', Laimer has been deployed in a midfield pivot with the recently departed Demme, as unlike Rangnick - who utilised the Austrian in numerous roles last season - Nagelsmann has generally stuck with the one position for Laimer, allowing him to take ownership of the heart of the side's midfield.

When Leipzig build from the back, Laimer often positions himself intelligently behind the opponents first line of defence, opening up a progressive option for his centre-backs in possession. When his side advance into the final third, the industrious midfielder is constantly available as a 'safe' passing option and also provides greater protection for a potential counter-attack by the opposition. However, he's certainly not afraid to join into his side's attacks, occasionally bursting in behind opponents backlines to open up space for either himself or a teammate.

While he hasn't been a prolific producer in the final third - he has just two goals and two assists thus far - his offensive output has undoubtedly improved under his new manager. 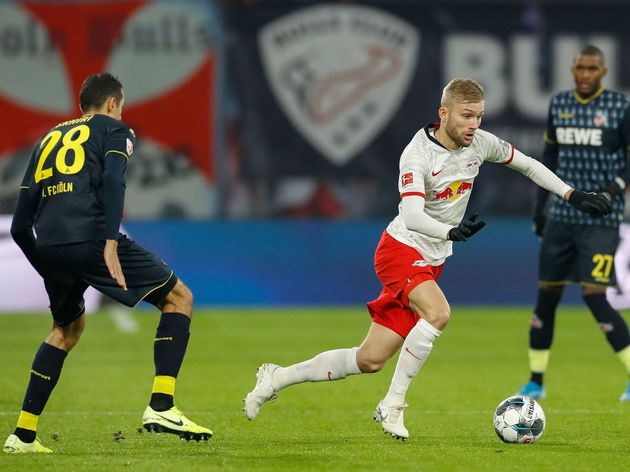 Not only is he a competent and underrated passer of the ball, but his ability to turn defence into attack with his superb ball-carrying ability certainly goes under the radar. Blessed with similar athleticism to Kevin de Bruyne, Laimer can be such a tricky proposition when he's in full flow.

While his function in Nagelsmann's side has seen him take a more cautious approach in possession, there's no doubt that he's become a more effective dribbler, with his dribble success rate rising from 54.1% to 69.7%. His press-resistance means he's often able to draw the attention of multiple defenders on occasions and his crafty footwork means he persistently comes out on top in seemingly 'unwinnable' situations - opening up passing lanes and space in more advanced areas of the pitch.

However, his work out of possession is what makes him so key to this Leipzig side right now.

Being apart of pressing-based systems throughout his career, Laimer simply loves the art of winning the ball back for his side - although his eagerness can often result in him getting beat one-vs-one or committing a foul.

With Nordi Mukiele and Marcel Halstenberg two marauding full-backs who enjoy affecting play in the final third, Laimer's ability to cover so much ground with his sneaky speed is so crucial for Leipzig, especially in transition. His 3.5 tackles - most in the Leipzig side by 1.0 per game - and 1.2 interceptions per game - second among players who've played more than 1,000 minutes - shows just how crucial he is to the Bundesliga table-toppers.

If he remains consistent in the second half of the season, there's no doubt that more will start to take notice of the Austrian - especially with the Champions League 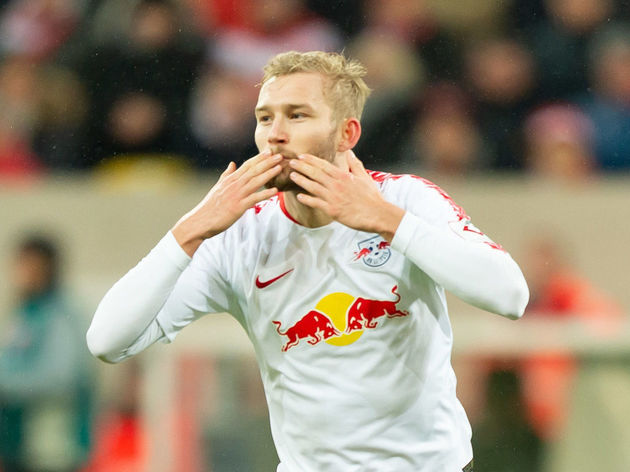 You won't see him scoring a 30-yard thunderbastard with EDM music in a compilation video or appear on Soccer A.M's 'Showboat' every week, but what Laimer provides to this fantastic Leipzig side just can't go unnoticed.

His engine and the joy he gets in winning back possession for his side help restore balance in Nagelsmann's high-pressing, direct and fluid system. And overall, there are very few midfielders who'd be willing to do what Laimer does.

Without Laimer, is there a table-topping Leipzig side this season, I'm not so sure.