Exclusive - Chelsea are unlikely to pursue a move for Crystal Palace winger Wilfried Zaha because manager Frank Lampard does not see the Ivory Coast international as the right fit for the squad.

Having recently seen a FIFA-imposed transfer ban lifted on appeal, Chelsea have been linked with Zaha this month, especially after the player started working with renowned agent and transfer broker Pini Zahavi in the last few days.

But 90min has learned that Lampard’s growing influence in Chelsea’s transfer strategy is likely to rule out any upcoming pursuit of Zaha. Getting the right characters in to complement the existing squad is of great importance to the Chelsea boss and Zaha isn’t suitable in the eyes of Lampard and assistant Jody Morris.

Lampard and Morris have therefore said no to the idea of going after Zaha. And while the club hierarchy could still theoretically push ahead and gamble with the signing anyway, Palace’s vast £80m price tag will make any transfer difficult.

But ​Chelsea do still need wingers and 90min understands that Borussia Dortmund starlet Jadon Sancho, who is eight years younger than Zaha, is an option. There have been some reservations about the 19-year-old over the way he forced his way out of Manchester City, though it's not expected to be enough to halt their interest.

As things stand, it is still ​Manchester United who are in the driving seat for Sancho - in spite of their poor form. 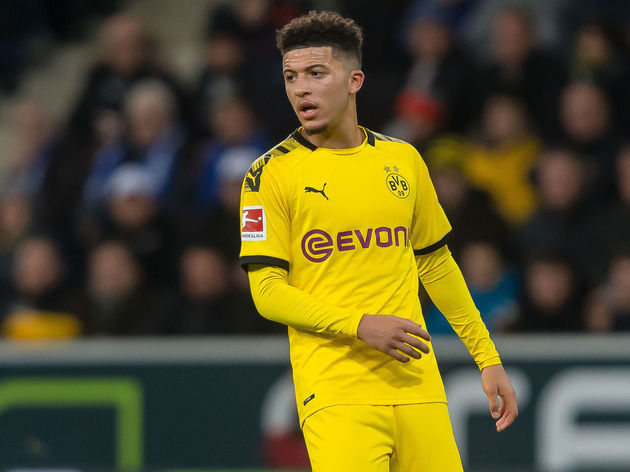 Despite a need for wingers in the long-term, Chelsea’s high transfer priorities are in other positions. The club is seeking a new left-back, while goalkeeper is also an area the club wants to address because they are not satisfied with current number one Kepa Arrizabalaga, who was a world record buy in the wake of Thibaut Courtois’ 2018 departure.

As for Zaha elsewhere, Sky Sports reported that talks with reigning German champions Bayern Munich took place almost immediately after he began working with Zahavi, although a deal this month has been described as ‘unlikely’.

​Tottenham are also rumoured to be interested, but price could be a stumbling block.

Spurs have recently lost both Harry Kane and Moussa Sissoko to injury, while Christian Eriksen has been heavily linked with an imminent exit from the club. Overall, it highlights a need for more attacking depth in the squad.

The Daily Mirror writes that Zahavi is trying to ‘broker’ a transfer deal with Spurs. But the north London side are said to be ‘not prepared to go anywhere near’ Zaha’s £80m price tag.