Miguel Almiron Finally Recorded His 1st Assist for Newcastle United - So What Next?

​It's taken him 24 games. 22 previous chances created for his teammates. But finally, finally, Miguel Almiron has registered his first assist in a Newcastle shirt.

It was a pretty decent assist too. Not anything out of this world. Not Jorginho's assist for Tammy Abraham against Watford level. But for everyone watching, it felt like Cesc Fabregas' assist for Andres Iniesta in the 2010 World Cup final. 1-0 down against the champions, the Paraguayan played a nice pass into Jetro Willems, who lashed the ball past Ederson in goal. Newcastle would go on to draw the game 2-2, and Almiron can hold his chest out and say for the first time since arriving at Newcastle: "I played a part".

Almiron signed for ​Newcastle from Atlanta United for £21m, and he came with a lot of hype. Rated highly by those in the MLS (yes, I know), Magpies fans were looking forward to witnessing a new club legend make his mark on the Premier League.

And his debut was so, so, so promising. He took to the field against Huddersfield, and performed superbly. He was even highlighted on Match of the Day for his performance. Prestigious stuff. He was even unfortunate not to grab a debut goal when he raced through one-on-one with the keeper, but his dinked effort came off the post.

It's been all down-hill from there though. It's almost like missing that chance sapped him of all his confidence. What if he scored that? It scares me to think about it. We could have been witnessing Ronaldinho 2.0, instead we have had to witness a Ronaldinho without the trickery, without the end-product, without the pace, without the technique, without anything.

Granted, he hasn't been playing terribly. He has shown glimpses of talent here and there. Yes, his end product beggars belief at times, but his luck has been terrible. Just a few weeks ago, his goal-bound effort was blocked on the line by his own player, Allan Saint-Maximin...that just about sums it up. Poor guy.

That's been the story of Newcastle though, who have been relying on goals from defenders like Federico Fernandez and Ciaran Clark.

None of the front three have been producing.

Joelinton's only goal came against Spurs back in August, and since then he has resembled a Jozy Altidore-Victor Anichebe hybrid. Maybe they aren't playing to his strengths, but he's not even trying to make himself a nuisance. Saint-Maximin has come to Newcastle and been interesting to say the least. Defenders have struggled to cope with his pace and unpredictable nature, but like Almiron, his end product has been woeful.

That's why Newcastle fans will be hoping that this assist can provide him with some confidence. Hopefully his end product can improve and he can rack up the numbers that he was in the MLS.

Adama Traore is a good example of a player that has flourished since breaking the duct at Wolves. He was once an incredible speed merchant who could beat a player at will, but would capitulate once in the final third. However this season, he has vastly improved and become a key figure in the Wolves side. 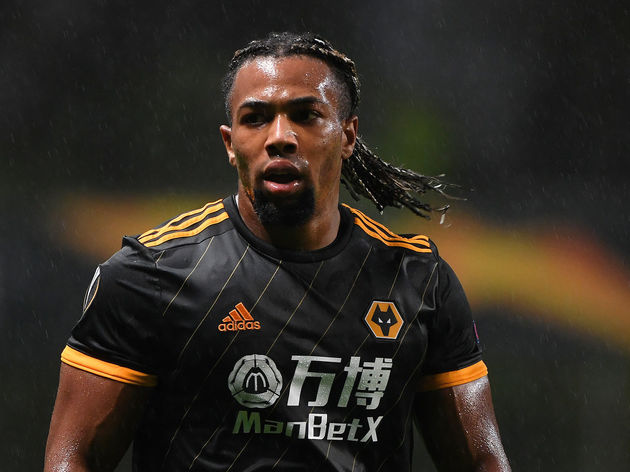 So if this does somehow kick-start his career in Tyneside, then it will literally be like a new signing. It was a great result for the Magpies against City, and maybe an even better one after Almiron's assist.

Listen, it probably won't change anything, normal service will probably resume during the next game. But it's good to be optimistic.

But now his next challenge - should he choose to accept it - is to score a goal for Newcastle. The clock's ticking.