​Rather expectedly, although somewhat belatedly, England have secured their place in next summer's Euro 2020 tournament.

A thumping victory over Montenegro ensured that Gareth Southgate's side will feature in the quadrennial competition, although their passage could have been sealed earlier had the Three Lions not fallen to defeat against the Czech Republic last time out.

​Nevertheless, following the heroics of the 2018 World Cup in Russia, there is an increased degree of optimism that England could go one better next year, largely due to the emerging crop of youngsters who look set to be a part of the national setup for many years to come.

Next summer’s plans are set 

We’ll see you at #EURO2020! pic.twitter.com/5pzBMvGJOJ A minimum of three stoppers need to be included in every 23-man squad and, at present, it is arguably the area of the side lacking the most genuine quality. Simply put, England do not have an outstanding goalkeeper.

Jordan Pickford shone at the World Cup, but has been mostly poor since. However, with Southgate's preference to play out from the back, he possesses the best passing ability of the goalkeepers at the England boss' disposal.

Tom Heaton and Dean Henderson are two players who continue to knock on the door, and while in no way world-class, the pair have proved themselves to be solid top-flight goalkeepers, meaning they will earn a place. Jack Butland and Nick Pope are not at the level required to play for England, with Henderson getting the nod over his involvement with England's youth sides. 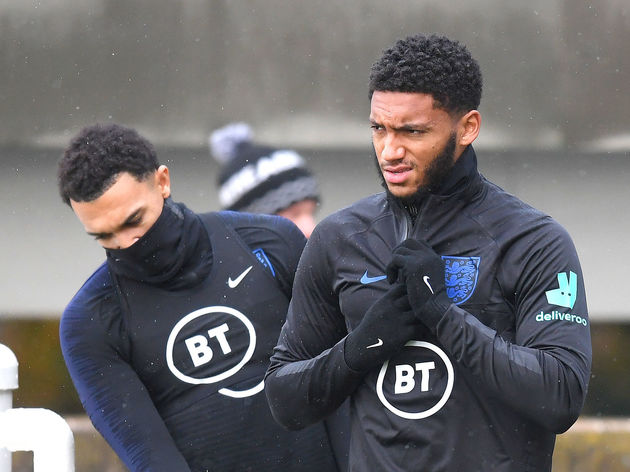 A troublesome area of the pitch for Southgate to contend with, the vast majority of the quality is at right-back, where England are blessed with some superb talent that would be preferably spread across the back four. Ideally, Southgate will want four full-backs and five centre-halves.

At right-back there will most certainly be a spot for Trent Alexander-Arnold, who unquestionably is the ​Premier League's outstanding right-back at present. International experience will come before next summer, so he's definitely on the plane.

This is where it gets tough, though. Kyle Walker or Kieran Trippier. On the basis of pace, ​Walker gets the nod, while his ability to play in a back three could also be of use, but it is certainly a tight call.

In central defence, Harry Maguire will earn a spot alongside John Stones, who are the most experienced of the lot despite the latter's indifferent form. Alongside them, it looks like a pairing of Tyrone Mings and Joe Gomez are the best of the rest, with the former earning his first senior call-up during the qualifying campaign after a fine start to life in the top-flight.

Fiyako Tomori doesn't have the experience just yet, but has shown signs of becoming a top talent and, as his form improves, will feature more frequently for the national team.

A fantastic result for a special night. A pleasure to play in @England 1000th game.
Win, clean sheet and qualified for the #Euros gbeng女❤️ pic.twitter.com/UfRhaquOqd

On the other side, left-back is proving slightly easier to decide. Ben Chilwell is, or at least should be, England's first choice in the position, while there it not much else to choose on, making Danny Rose earn a place almost by default. 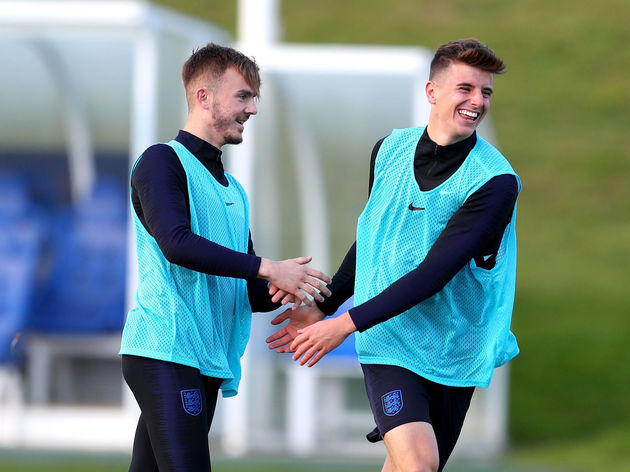 Boasting a host of midfield talent with varying qualities, Southgate's decision to revert to a 4-3-3 formation from a 3-1-4-2 means his choice of midfielders may differ from the ones used in Russia last year.

With a blend of experience and youth pivotal to success next summer, Jordan Henderson should be chosen for his exploits and leadership qualities in a ​Liverpool side who are Champions League holders and current Premier League leaders. Potentially requiring another midfielder to play the holding role, Harry Winks has become one of Southgate's more trusted players, despite not featuring regularly for ​Spurs.

Nevertheless, he has excellent vision and technical ability, something that has seen him begin to operate in a more deep-lying role for club and country. However, inconsistency and a perceived knack of only passing sideways aren't unfounded, and in Declan Rice there is an out-and-out holding midfielder who won't shy away from a challenge.

massive congratulations to @Madders10 on his debut & @tammyabraham on his first goal. Special nightgbeng

Deli Alli has endured an under-par season thus far for Tottenham, but has shown signs in recent weeks of returning to his previous form and, while it is still early, if his form improves he is arguably England's most creative midfielder. There are a few spots in Southgate's forward line that are nailed on for Euro 2020. Harry Kane is England's captain, and no other centre forward in the country comes close to matching his scoring rate for both club and country.

Raheem Sterling is another name assured of a place, with the ​City winger not only becoming one of the best players for his side, but among the best in Europe as well, having come on leaps and bounds under the tutelage of Pep Guardiola.

Taking the plunge of leaving the Premier League, Jadon Sancho is another player whose career has exploded in recent seasons. Still only 19 years old, the ​Borussia Dortmund winger has been immense for his side since joining from City, offering both a goal threat and creativity from wide areas.

South London to Wembley to assist your first goal in an England shirt, congrats brother @tammyabraham 朗欄! What a way to celebrate our 1000th game @England  pic.twitter.com/W30I6vs5b9

That leaves one final spot in the forward line for either Callum Hudson-Odoi or Tammy Abraham. Based on current form, and assuming that continues, it would be wholly unjust to drop Abraham from the Euro 2020 squad. Yes, Hudson-Odoi looks like becoming a world-beater with the way he is developing, but Rashford's ability to play wide will free up space for a backup striker to Kane. Crucially, for everyone that makes the squad, others do not.

In goal, Pope and Butland miss out but are nowhere near the number one jersey just yet anyway and are highly unlikely to dislodge Pickford before next summer.

In defence the obvious omissions of Aaron Wan-Bissaka and Reece James come down to the sole matter of Walker and Alexander-Arnold being superior right-backs at present. Meanwhile, Trippier is more unlucky to not get the nod, but his biggest asset is his deliveries and free kicks, something Alexander-Arnold, quite simply, does better.

Ross Barkley is another player on the brink of a place, but just as with Loftus-Cheek, it is struggling to see a way back into the Chelsea lineup for him. 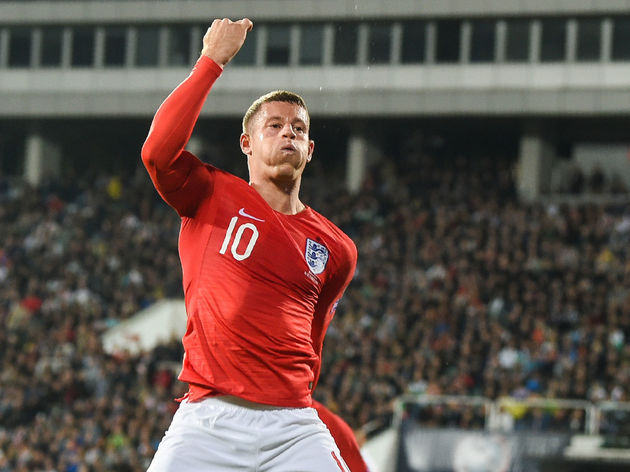