Martial at last made his long-awaited comeback as a late substitute in the 1-1 draw against Liverpool, starting against Partizan Belgrade a few days later and converting a winning penalty.

His first Premier League start since the injury then yielded a very well taken goal in a 3-1 victory over Norwich, a first league away win since Ole Gunnar Solskjaer was appointed permanent manager and a first game in which United scored more than a single goal since 11 August. 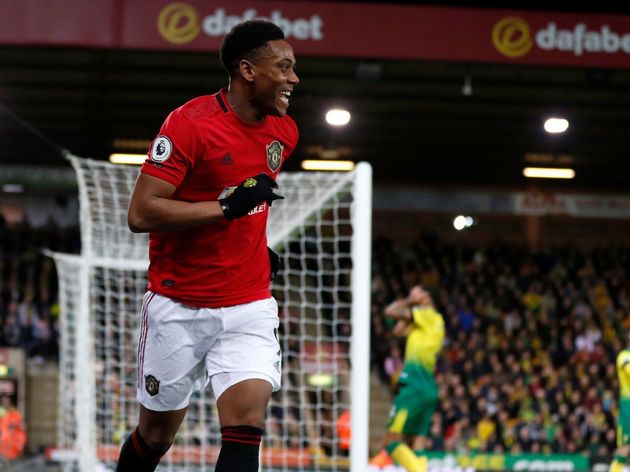 It seems pretty clear that Martial is key to United being able to create, and take, chances.

As a result of Martial firing early on, the decision to let Romelu Lukaku and Alexis Sanchez leave without replacements seemed appropriate. In his absence it admittedly looked suspect as United were too light up front, but now that he is back the club can continue to move forward.

The plan for this season was to strip it back to basics, removing deadweight from the squad and ensuring everyone left behind is pulling in the right direction.

Martial could easily have been part of that cull. He wasn’t always liked by Jose Mourinho and it seemed towards the end of last season that Ole Gunnar Solskjaer also hadn’t taken a shine to him. There were even rumours that it was only the intervention of co-owner Joel Glazer that prevented the former Monaco starlet from being made available for a transfer in May.

But in the same way that United have taken things back to basics, so has Martial. 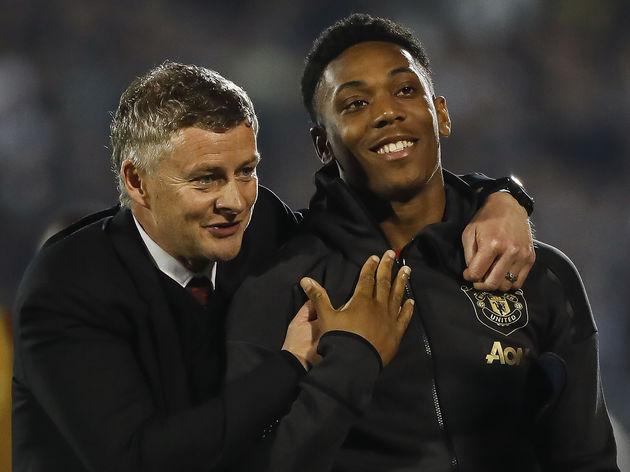 Perhaps seeing the expected departure of Lukaku as an opportunity for himself to thrive, it was like he pressed the ‘reset’ button over summer and returned to pre-season training in July a different player, a ‘new Anthony’ as Solskjaer remarked at the time.

“If you have followed him for the past few seasons, the way he has come back to pre-season training now, his attitude has been absolutely spot-on,” the United boss explained.

“There are a couple of instances where you can see a new Anthony in the way that he works for the team. He has always got the quality and talent, he’ll score goals, and his work rate is now improving.”

For the first time since his debut campaign at United in 2015/16, Martial is the main man spearheading the attack. He is no longer pushed aside by the likes of Zlatan Ibrahimovic and the aforementioned Lukaku, to the point where he has even been given his old number nine back.

Something as superficial as a shirt number seems to have been a huge confidence boost to Martial, who had to relinquish the jersey when Ibrahimovic arrived to much fanfare in 2016. Wearing that shirt, Martial had scored 17 goals the season before. Losing it, and later seeing it passed over to Lukaku when Ibrahimovic left, must have felt like a slap in the face.

When he wore ‘number nine’ for the first time again, with the change announced shortly before the opening game of this season against Chelsea, he looked happier and more at ease. It was like for the first time in three years he knew his role. Subsequently, he thrived.

As Solskjaer alluded to, Martial’s quality has always been there. But what United fans have started to see this season, either side of his injury absence, is application and greater consistency. Talent aside, those are the real hallmarks of any great player. 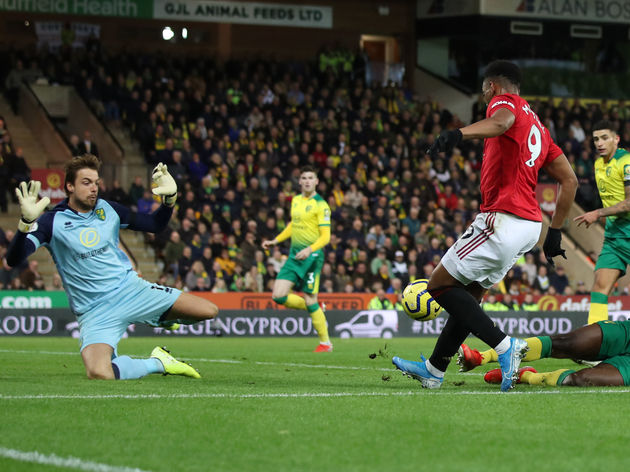 His goals so far this season have shown a greater level of maturity and intelligence, as if he is now thinking more and more like a goalscorer. A tap-in against Chelsea looked easy, but it showed so much more in terms of awareness of the position he needed to be in to score it.

Against Wolves, it was a beautifully clinical finish on his weaker foot and United’s first real chance of the game. When he got on the scoresheet against Norwich, it was the result of fine attacking interplay with Marcus Rashford and another clever finish. All were very different goals.

With Martial in the team, United have a better attacking shape, and it makes Rashford a better player too. When the Frenchman was sidelined, Rashford struggled with the burden of being the club’s primary forward. He went missing in games and wasn’t putting himself in positions to score, instead often clinging to the comforts of the wing.

On Sunday at Carrow Road, Martial was able to bring the best out of Rashford, and vice versa. They have a good relationship, which Martial spoke about earlier this season, competing in training to see who scores the most goals. 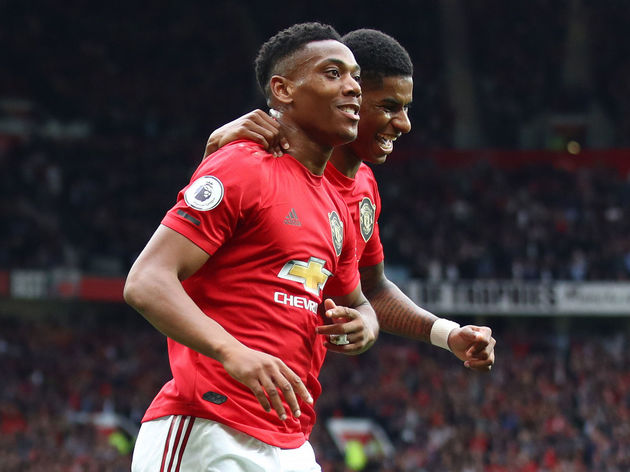 Where Rashford struggled on his own, together they are happy to interchange, making it tremendously difficult for opposition defenders to keep track of them.

“In games, Marcus likes to play in the middle, like me. I don’t mind dropping off, dropping out, we interchange during games. It doesn’t bother me to let him take the lead occasionally. It helps us to terrorise opposition defences,” Martial said.

Add the pace of Daniel James into the mix, the vision of Paul Pogba, when he finally returns from injury, the grit and determination of Scott McTominay, and Martial makes it all tick. United fans will now just be hoping that he stays fit for the long haul.