Klose hung up his boots in November 2016 after an outstanding career at both domestic and international level. In the Bundesliga, the striker netted 121 goals in 307 appearances as he featured for Kaiserslautern, Werder Bremen and Bayern. Alongside this, he also made an impression in Italy, where he spent his final five years of his livelihood playing for Lazio – scoring 55 goals in Serie A.

It was for Germany, though, where the Poland-born striker broke the records, hitting 71 goals in 137 games for his country which included 16 goals at World Cup finals spread over four tournaments, making him the record scorer in the biggest competition in the world.

However, despite this, Klose has insisted that Lewandowski - who is the fourth top scorer in the ​Bundesliga all-time list with 215 goals in 299 games in the division - is a better player than he ever was.

Lewandowski is in extraordinary form so far this season, with 19 goals already in just 15 appearances, 13 of which have come in the league.

As quoted by ​Sport Bild Klose spoke about his fellow striker in glowing terms: “Robert Lewandowski plays a bit like I did, but he's 10 times better than I ever was.

“He's the complete striker, uses both feet, is strong in the air and has a great shot on him." 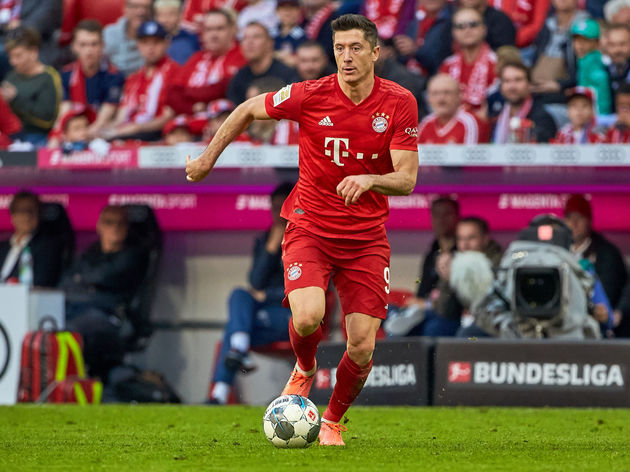 Together with Klose’s praise for Lewandowski, who he never had the opportunity to play with, he also spoke about Thomas Muller, a player he did partner up front for both ​Bayern Munich and Germany.

The pair were brilliant in attack for Germany, scoring 16 goals between them in two World Cup finals, with both playing an important part in Germany’s 2014 triumph.

When asked about his relationship with Muller, Klose said: “Thomas Müller is the guy I enjoyed playing with the most.

“We had a fantastic understanding. We only had to look at [each] other, and we knew what we were going to do. It really was a great partnership.”

Now retired, the 41-year-old is the current coach of the Bayern Under-17 side and has enjoyed success since being appointed in the summer of 2018, taking his youngsters to the Under-17 Bundesliga championship play-offs back in May.