7 of the Most Shocking Omissions From the Ballon d'Or Shortlist

And so the shortlist for the 2019 Ballon d'Or award has been announced. France Football's 30-man army of the world's greatest footballers has been unveiled. And it's a decent list. Completely decent.

But that doesn't mean there aren't some incomprehensible, egregious, glaring to the point of malpractice, omissions. There are seven of these such mistakes. 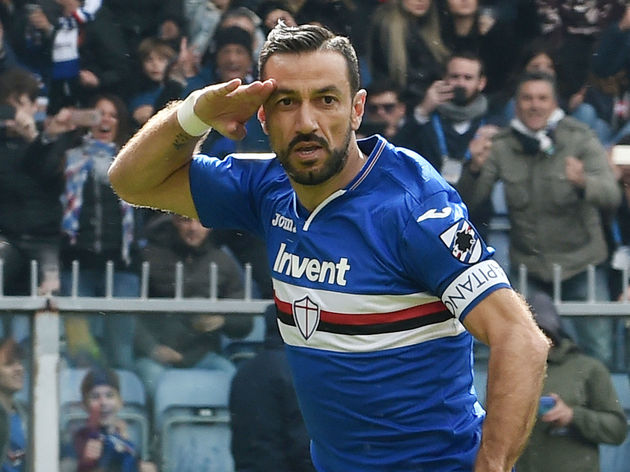 Who hurt you, France Football? Was it Fabio Quagliarella? Because that's the only viable reason for leaving the 36-year-old HERO off of this list. Quags scored 26 goals in Serie A last season - the most of anyone, and a whole five more than some bloke called 'Cristiano Ronaldo' - all 26 of which were, naturally, f*cking brilliant.

If you want a one-man Puskas list, you know where to go. But apparently that's not good enough. Ridiculous. Sorry, what? The best defensive midfielder in the world transitioned into an attacking role and improved his game to no end - no gas - and he's not even made a 30-man list of the best footballers in the world?

France Football, are you sure you're really French? Look, I get it, you can't have two full backs from the same team in this list, and you went for the equally impressive Trent Alexander-Arnold. Except no, this is modern football, and full backs are essentially the most important players on the pitch, so grow up and pick both.

Also, Andy Robertson is just as good a crosser of the ball as TAA and a better defender, so... Or has Ligue 1 ground them down into a shell of highlight reels and bad opinions? Aymeric Laporte was the best defender in a domestic treble-winning side. If his showings last season didn't tell you that, then his absence this season has.

And what, exactly, did Marquinhos do to earn his place? Save for bottling games against Rennes and Ole Gunnar Solskjaer's Manchester United? If you think back to Ajax's iconic Champions League run, and the most mindbending of highlights from it, do you think of the method of Donny van de Beek or the joyous madness of Hakim Ziyech? Luis Suarezscored 25 goals last season. He provided 13 assists. He won La Liga. He reached the semi-finals of the Champions League and the final of the Copa del Rey.

Antoine Griezmann scored 21 goals last season. He provided 10 assists. He finished 11 points behind Barcelona. He flopped out at the last 16 in both the Champions League and the Copa del Rey.

Now on the same team, Suarez has scored three goals more than Griezmann this season. Why is the Frenchman on this list and why isn't the Uruguayan?