​There are many characteristics Manchester City look for in a winger - pace, trickery, work-rate to name a few - and Real Sociedad youngster Mikel Oyarzabal ticks plenty of those boxes.

The 22-year-old has been linked with a switch to the Etihad Stadium as he continues to shine at his boyhood club, with City reportedly preparing for life without Leroy Sane, who remains a top target for Bayern Munich.

So, is Oyarzabal the correct player to take over from the German down the left flank? On the evidence of his displays in recent seasons, the Sociedad academy graduate could be precisely what the ​Premier League champions are looking for. The first thing to note is that he is not cast from the same mould as Sane. While the German has ungodly pace that can blitz through a backline, his counterpart is more of a playmaker, capable of picking apart a defence with measured through balls.

During his four years as a member of La Real's senior squad, Oyarzabal has shown a number of qualities that Pep Guardiola adores in a footballer. Of course, the coach loves nothing more than clever, incisive passing, and that is the Spaniard's forte.

So far in 2019/20, he has averaged more than one key pass per game, making the most of his limited opportunities in possession to open up opponents with ruthless efficiency, and this has been a key factor in collecting three assists from his nine ​La Liga outings this term. Now, on first viewing, those numbers aren't anything special, though they do show a marked improvement on previous campaigns. Oyarzabal amassed just eight assists in the league across 2017/18 and 2018/19 combined, showing the progress he has made at the Reale Arena.

A large part of his development can be attributed to the work of former Sociedad coach Eusebio Sacristan, who was the first to hand the winger more freedom on the pitch. In his formative years, Oyarzabal was ordered to stay posted wide on the left, but his old manager saw this was overly restrictive.

Sacristan allowed him to roam across the field and find pockets of space wherever they appeared, which resulted in significantly-improved performances, as well as a call-up to Roberto Moreno's national squad.

Oyarzabal's goal contributions increased six-fold following the decision to let him drift around the pitch. That kind of fluidity and adaptability is necessary for a player to flourish under Guardiola, suggesting this is another man who could benefit from the Catalan's coaching. 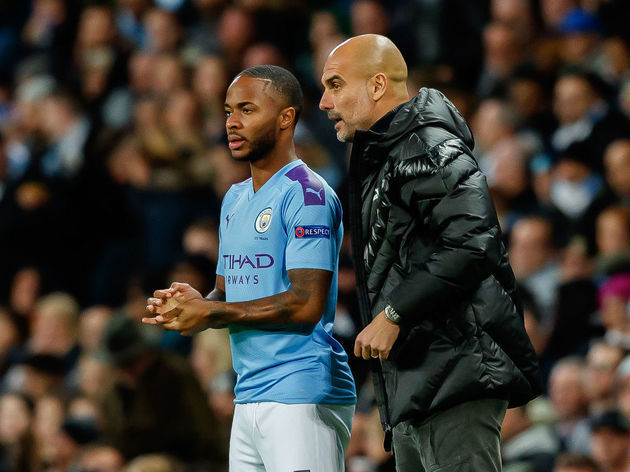 The Eibar native is still rather raw, with Guardiola renowned for helping players reach their potential. He has a skill-set that suits ​City's style of play and could be turned into a top technician at the Etihad.

One of the areas Guardiola would need to focus on refining is Oyarzabal's crossing. He's often lacking in that department, which isn't exactly inspiring to hear about a winger.

Fortunately, there are several others at the Etihad who can make up for those shortcomings as the forward works on his delivery from out wide. Whilst he's practising that, the likes of ​Kyle Walker and ​Kevin De Bruyne can provide the inch-perfect crosses.

Speaking of De Bruyne, one of the Belgian's less-celebrated traits is his bottomless engine. That tireless work-rate is a weapon for City when they don't have the ball, and Oyarzabal would only add to that. La Liga viewers have grown accustomed to the sight of him harassing opponents and retrieving possession. Such hunger and selflessness are essential for any player who wants to join the Cityzens.

The same is true of intelligence, which sets apart good footballers and great ones. No one in Spain doubts Oyarzabal's decision-making; he invariably chooses the correct option in high-pressure situations.

An ability to read the play and pick the right path also reveals something about the kid's attitude. It indicates a maturity that is rarely found in one so young, and would serve him well if he opts for a new challenge in England.

Oyarzabal will not be treated kindly by ​Premier League defenders, who will look to target him due to his spindly frame and relative inexperience. His composure for club and country indicate he won't be fazed by such naughty tactics. And so, we arrive back at our original question. Is Oyarzarbal the best candidate to replace Sane at Eastlands? No, h