Woodward and head of corporate affairs Matt Judge, both financial professionals by trade, play a key role in the recruitment process, but only after targets are identified by experienced scouts and other senior technical figures, some of whom date back to the Sir Alex Ferguson era.

“There is a myth that we have non-football people making football decisions. I think that is insulting to the brilliant people who work on the football side in this club,” Woodward is quoted as saying by BBC Sport after speaking at United’s annual all-staff meeting.

The former banker explained that United have now ‘expanded’ the recruitment department in recent years and “…believe this now runs in an efficient and productive way.”

He further stressed: “Player recommendations and decisions are worked on by this department and by the first-team manager and his staff, not by senior management.”

Manager Ole Gunnar Solskjaer himself insisted earlier this week that the ‘structure is right’ at United to rebuild a squad capable of delivering the club’s ambitions. 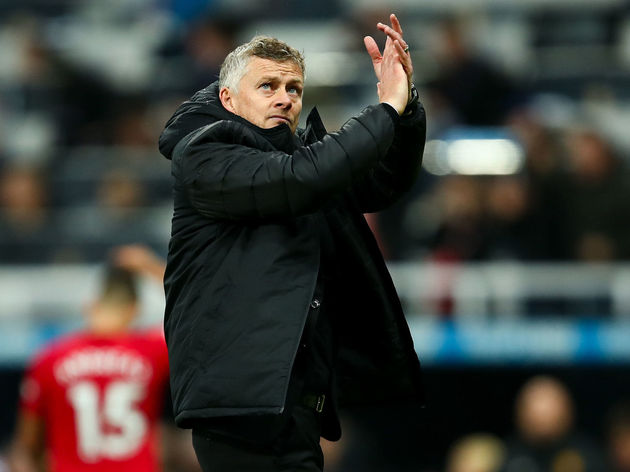 A marked change to transfer policy saw United shed a number of older players over the summer, with a new focus on younger talents who can develop and serve the club in the long-term.

However, it has so far left United with a stripped back squad largely devoid of experience. Getting results has therefore been difficult, with only three wins (excluding a penalty shootout) in all competitions so far this season and just nine points from a possible 24 in the Premier League.

Woodward acknowledged the current squad is ‘very young’, but he pointed to its strengths in terms of the future. “It’s also a squad, with the players and the culture, that provides a base camp for us to build and grow from as we start our new journey,” he said.

Woodward additionally praised Solskjaer’s impact in the key changes that are happening, explaining that the Norwegian has brought ‘discipline back...

“The middle section of last season, after Ole’s arrival [in mid-December], feels most relevant to what we want to achieve and where we want to be,” he said. “We saw a team playing fast, fluid football, with a clear representation of the style and philosophy the manager wants.”

90min exclusively reported earlier this week that despite media pressure on Solskjaer, United are keen to stand by the cult legend to avoid having to find another temporary solution.

That could change if results remain poor, although the club are also already considering long-term managerial options, including Julian Nagelsmann, Jesse Marsch and Mauricio Pochettino.