6 of Leeds United's Finest Moments in Their 100-Year History

Leeds United fans will be hoping their centenary season is the one in which they finally return to the top flight and have other fans stop labelling them football's biggest sleeping giants.

This week marked one hundred years since the club was founded and although lows have been far more common than highs in recent years, Leeds boast a glittering history that's filled with moments of magic, celebration and trophies. 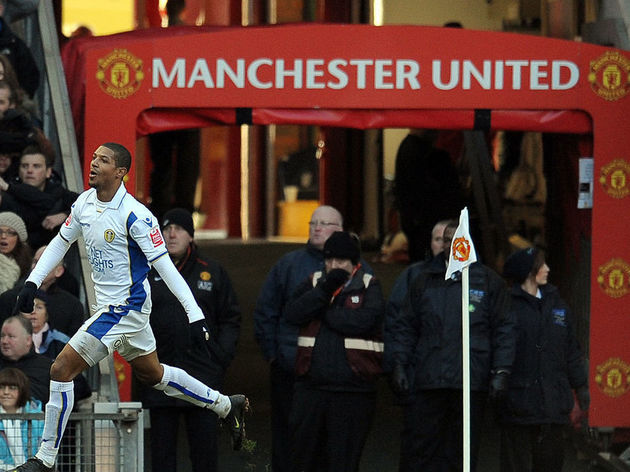 The inclusion of this FA Cup victory might raise a few eyebrows, but it was a rare bright spark in ​Leeds' darkest recent days. Their financial trouble had seen them lurch from the highs of the Champions League (more on that later) to languishing in League One. By 2010, they were in their third season in the third tier and headed to Old Trafford 42 places below their bitter rivals.

Few Leeds fans would have expected to progress but what unfolded was the Red Devils first third-round defeat, as Leeds more than held their own against a strong side - Gabriel Obertan aside. Jermaine Beckford's pace was the difference, as he raced beyond Wes Brown to score the game's only goal in the 19th minute and Leeds held on for a famous victory. Losing just four games all season and pipping bitter rivals ​Manchester United to the title probably makes this one of the sweetest memories for Leeds fans; especially when it was fellow Yorkshire side Sheffield Wednesday sitting third after 42 top-flight matches.

Leeds were already banging in the goals through Lee Chapman and Rod Wallace, who scored 27 between them, but decided to add Eric Cantona's mercurial talent at roughly the halfway mark. He was predominantly used from the bench and only managed to notch three times.

It didn't particularly matter, Leeds had a midfield with both an eye for a pass and the goal. The Scottish duo of Gordon Strachan and Gary McAllister scored nine between them, while Steve Hodge and Gary Speed added a further 13. They might have been slightly top heavy, but their knack for scoring meant they still finished the season with a plus 37 goal difference. If you thought losing just four games was impressive, Don Revie's 'Dirty Leeds' lost just twice as the clinched the first of two First Division title's under their infamous manager. They earned this unflattering nickname through their perceived aggressive and unnerving approach, but it certainly yielded results - they won seven trophies in Revie's 13-year tenure.

Manager's accused of playing reductionist football often claim there's a media agenda against them, and there's case for Revie too. His team were comfortable in possession and able to string together passages of slick passing football to go with it. Youth was also given a chance, with the likes of Billy Bremner and Norman Hunter transitioning from academy prospects to homegrown heroes.

The biggest compliment is that the club's centenary has been coupled with the announcement that the 1967-74 team will be given the ​freedom of the city. Winning the title meant a European adventure and it started in the most spectacular fashion. Taking on the current Norwegian champions and the previous season's Cup Winners' Cup quarter-finalists, few Leeds fans would have expected to witness the club's record victory.

​That's exactly what happened, with Leeds smashing Lyn Oslo for ten without reply. It took just 35 seconds for the Whites to open the scoring and they were 5-0 to the good at half-time. We mentioned Revie's side could be ruthless, right? They didn't go easy on their opponents in the second half, completing the rout in emphatic style. Leeds United have lifted the FA Cup just once and it's fitting that the legendary Revie was at the helm. In front of a Wembley crowd of 100,000 spectators, Leeds edged a tight game in which they were the better team and beat Arsenal 1-0 through Allan Clarke's strike.

We might have presented the case for their innocence, but it was very much 'Dirty Leeds' that stepped out onto the hallowed turf that day. The opening few minutes contained a few tasty challenges, with the Gunners offering a few of their own in reply. However, their robust and ruthless nature was a hallmark of their cup run and they conceded just two goals across seven fixtures. 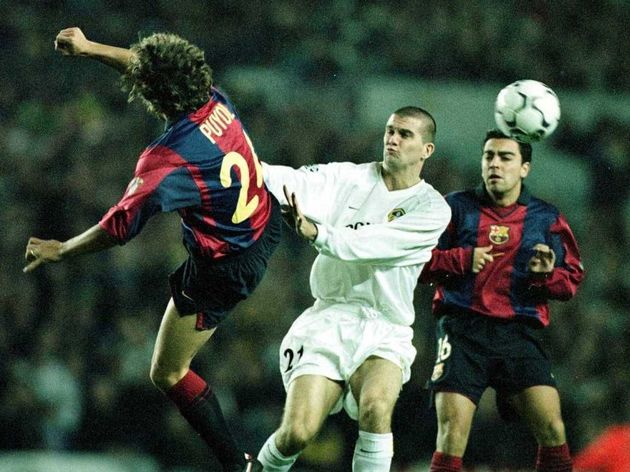 It was the pride before Leeds' absolutely monumental fall, but boy were The Whites' fans proud when their team reached the Champions League semi-final. They couldn't have known the extent of the club's overspending, so were blissfully able to enjoy every twist, turn and triumph on a rollercoaster ride.

European club football's biggest prize was still operating under its two-group-phase model in 2000/01. This meant Leeds had to come through groups containing ​Barcelona, Milan, Besiktas, Real Madrid, Anderlecht and Lazio. Beating the