Alright Lads, it's Time to Ask the Question; What Actually Is Harry Winks?

From the Tottenham Hotspur Stadium – Harry Winks isn't a footballer who comes across brilliantly on a TV screen, Spurs fans will tell you. A 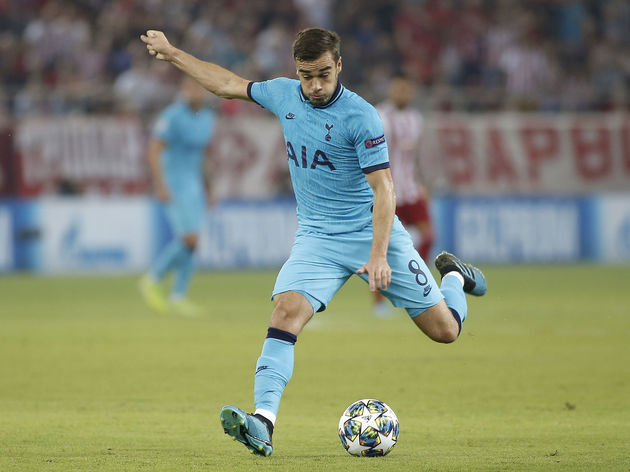 With two players who are neither the biggest or the outright fastest, there needs to be an economy of movement, an ability to read the game and anticipate movements on, with and off the ball.

With Serge Aurier sent off and Danny Rose the kind of full-back who only arrives in his own box in time to ask his teammates what happened, there wasn't really anywhere on the pitch that Winks didn't turn up. At one point in the second half, he was shadowing the defensively inept fill-in right-back Moussa Sissoko and pointing out the defensive runs he needed to make.

What's this narrative BT have invented about Harry Winks and James Maddison being in a battle for one England shirt? They play in a completely different position.

All of this is what Harry Winks is. What he isn't – and let's be very, very clear about this – is Andres Iniesta. Iniesta broke lines, he threaded through balls, he played in the front half of a midfield rather than being its most deep-lying component.

Winks is a perfectly competent player of short to mid-range passes to recycle the ball. He can pass forward on occasion, but he's not a playmaker. He's also, watching the Spurs midfield against Southampton and more broadly over the course of the season, not necessarily what Mauricio Pochettino needs.

Tanguy Ndombele and Moussa Sissoko make up the other two thirds of the midfield three, and there's nary a passer among them. There's a lot of faith in Sissoko's rebirth, that was made obvious this week when he was given a new deal to keep him at the club until he's 34, and Ndombele was Spurs' best player in the first half – arriving late into the box on a couple of occasions and taking his goal well. Christian Eriksen was listed on most graphics at a fourth member of the midfield behind a front two, but he...well, he just wasn't. He was a right-sided forward in a front three. None of your 4-2-3-1, a simple flat 4-3-3. So Spurs' midfield creativity comes from...where?

The obvious answer is that it comes from Giovani Lo Celso, which...good, he's at the club, that's better than having to adapt someone or buy someone. He'll play deeper at Spurs than he did at Real Betis, so one of the flat three will have to make way. Which one? The team as it stands may be better off if it's Winks.