​Granit Xhaka is reported to have been named permanent captain of Arsenal, with Unai Emery finally making a decision on who takes over the armband on a full-time basis.

The Gunners had been without a permanent captain since Laurent Koscielny departed for Bordeaux last month, with Xhaka assuming the duty in the interim.

While his on-field performances have come under some scrutiny, his temporary captaincy has helped ​Arsenal to a strong start to the season, as they sit fourth in the Premier League having secured comfortable wins in their opening ​Europa League and EFL Cup matches. 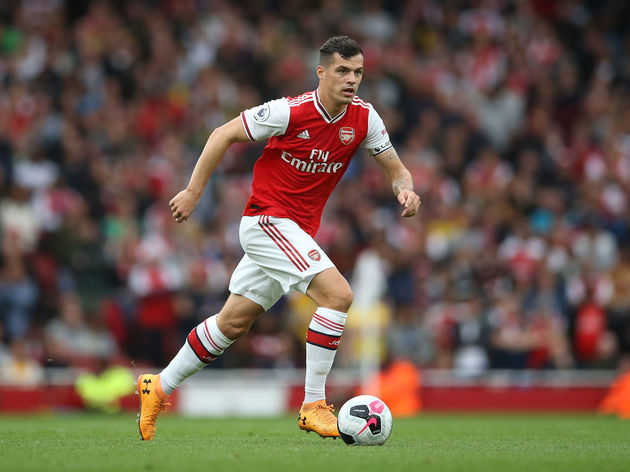 And, on his 27th birthday, the ​BBC now report, via the dependable David Ornstein, that Xhaka has been given the nod to get comfortable with the armband.

The news comes after Emery had come under some criticism for his decision to hold a squad vote to decide the captaincy, after ​Rob Holding let slip that the manager opted to implement democracy rather than make the call himself.

It's unclear from the early reporting on the story if this led to the decision on Xhaka, or if Emery took it upon himself to decide.

In any case, Xhaka will remain as captain when the Gunners travel to Old Trafford on Monday, looking to make an early statement about their top-four intentions this season.

United are stinging after defeat to West Ham was followed by a highly-suspect performance against Rochdale during the week - requiring penalties to progress past the League One side in the EFL Cup - so it should make for a telling encounter when the two goliaths come face to face for the first time this season.