​particularly his front three, in the aftermath of the 2-0 defeat to Napoli in the Reds' Group E Champions League opener.

A controversial late penalty, conceded by Andrew Robertson and converted by Dries Mertens, swung the game in Gli Azzurri’s favour late on and meant Liverpool, who were set to pick up at least a point in Naples, left with nothing. A rare mistake from Virgil van Dijk allowed former Tottenham forward Fernando Llorente to double the lead in the dying moments, consigning the Reds to defeat.

After the game, Klopp was philosophical in his post-match interview with BT Sport, criticising the decision making of his players in the final third, also admitting that his side had failed to capitalise on a number of counter-attacking opportunities.

“It should hurt because there were opportunities to win the game," Klopp said. "We made decisions that were not right tonight and we have to accept the result.

"It was very often it was the final ball which was not right. It was a bit because of the intensity of the game because it was wild. There were moments when we controlled the game, we had a lot of counter-attacks but did not finish them off. That is a problem.” 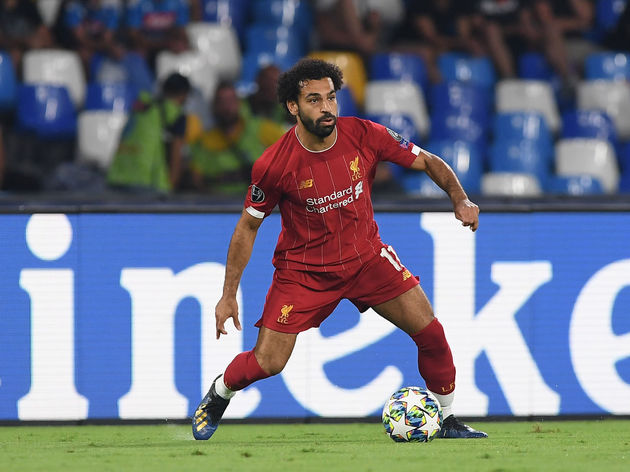 Whilst some suggested the ​Reds may have failed to click in attack due the players struggling physically, Klopp dismissed the notion - before reaffirming his belief that the penalty awarded late-on was the wrong decision.

He added: “You say we looked tired but which teams had the cramps? We had no physical problems tonight. That was not the reason why we lost.

“I don’t think it’s a penalty. I’m sorry, but when the player jumps before there is contact then it cannot be a penalty. I can say a lot of things about it, but then it would look like a bad loser.”

The Reds will look to bounce back with a win against Red Bull Salzburg in their next European adventure, with the Austrian side currently topping the group after ​Erling Håland inspired a 6-2 win over Genk at the Red Bull Arena.