We first heard about Erling Haland back in June, when he scored a flabbergasting NINE goals for his country against Honduras in the FIFA Under-20 World Cup.

The record-shattering total quite rightly made an instant sensation of the Norwegian teen, and it looks as if that was no flash in the pan - as he's just illuminated the opening matchday of this season's Champions League group stages.

Add to the fact that he's already shredding the Austrian Bundesliga with goal after goal after goal, and you begin to realise he could be quite special.

So, with a glut of records already to his name, the world would appear to be at the youngster's feet and it's time to give you some things to know about him before he makes it REALLY big...

1. He Is the Son of Alf-Inge Haaland 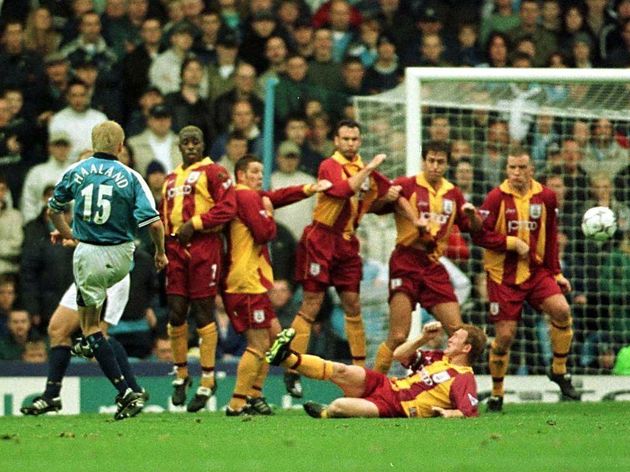 That's right, you remember Alf-Inge Haaland. The former Nottingham Forest, Leeds and Manchester City player? Versatile - could play in both defence and midfield? Once worth £2.5m at a time when that wasn't a complete pittance? No? No bells being rung?

You know, the guy who was on the receiving end of that horror challenge from Roy Keane? That grimace-inducing lunge at the knee that prematurely ended the Scandinavian's career. Yeah, that one. Anyway, this is his son, and he has been primed all his life to get revenge on Keane's five offspring. Joking, not joking. Yes, tying in with the aforementioned timeline of Haaland senior's career, this absolute wunderkind was actually born on these very pastures, up and around the Yorkshire Dales in July 2000.

Unfortunately, he has represented Norway at every single youth level since the U15s, after starting his career at Bryne FK, just like his Pa. Fortunately, as Declan Rice showed in recent times, this does not preclude one from changing their mind when, say, the Three Lions come calling.

You know what to do, Gareth.

3. He's Absolutely Tearing it Up for Red Bull Salzburg 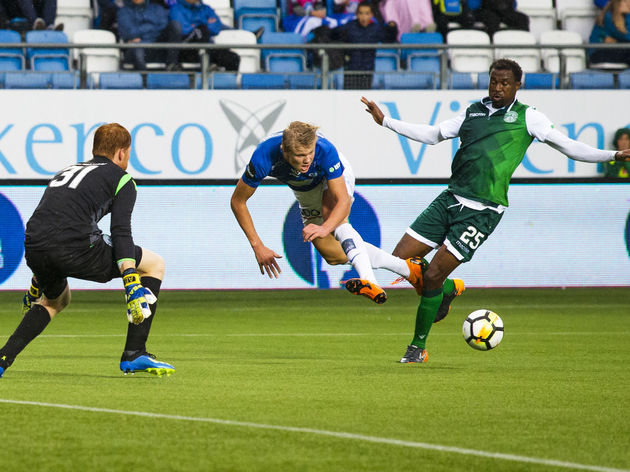 This is actually a picture of the precocious teen taking on Hibernian in Europa League qualifying for Molde last summer, but Haland has since secured a move to Austrian high-flyers Red Bull Salzburg.

And what a move it's turning out to be. Signed for just €5m in January, Haland has gone absolutely goal crazy for his new club - and his latest treble against Genk in the Champions League is his fourth hat-trick this season. WHAT?!

17 goals for the season are under his belt and we're not even in mid-September - the world's best are sitting up and taking notice, I guarantee. Okay, if you didn't know Alf-Inge Haaland then chances are you won't know Martins Bolzan Adailton.

The Brazilian, who scored six goals against the Korea Republic back in the 1997 FIFA Under-20 World Cup, was a touted prospect before the turn of the century, moving to Parma (when they were really, really good) in '97 before being loaned out to Paris Saint-Germain (when they really, really weren't) in '98. Semi-successful spells at Hellas Verona, Genoa and Bologna followed.

In any case, you can forget him now anyways, 'cause he was surpassed by ya Nordic boy this summer. Never, ever, mention the name Haland in Honduras - unless you're looking for a bit of a biffing.

2 - Erling Haaland is the first teenager to score more than once on his Champions League debut since Wayne Rooney scored a hat-trick for Manchester United against Fenerbahçe in September 2004. Destined. pic.twitter.com/BPzFTiNBGy

Back to that Champions League treble we talked about at Genk - and for good reason.

Basically, teenagers aren't meant to be this good at football, this young. Haland should probably be popping spots on his baby face and sharing pictures of his food on Snapchat or Instagram, but instead, he's banging in goals at the highest level.

His latest exploits have seen him join illustrious company - Raul and Wayne Rooney specifically - by becoming just the third teenager to score more than one goal on his Champions League debut. Rooney's achievement, for the record, was against Fenerbahce 15 years ago. Good god, where have our lives gone?

6. *There Is Some Confusion Surrounding His Name Awkward one, this. Basically, as you will have noticed, his father, making his name in English football, became known as 'Haaland', the anglicised version of 'Håland'. But his son has not had the same upbringing, so there's never been a need for the extra 'a'.

Now, time will tell whether, should he make the pilgrimage back 'home', he reverts to his father's ways, but for now, publications (including FIFA and ourselves) are left in an awkward nether zone of whether to 'aa', 'å' or simply 'a'.

Sort it out, kid, before the marketeers come knocking.