​Rangers have confirmed former captain Fernando Ricksen passed away on Wednesday morning after a lengthy battle with motor neurone disease.

The former Dutch international spent six years with Rangers between 2000 and 2006, establishing himself as a vital part of the side in what was one of the most successful periods in club history.

However, after six years of battling against his illness, Rangers announced on their ​official website that Ricksen had passed away at the age of 43.

The club were eager to remember the good times with Ricksen, who worked tirelessly to raise awareness of motor neurone disease following his diagnosis in October 2013. He set up the 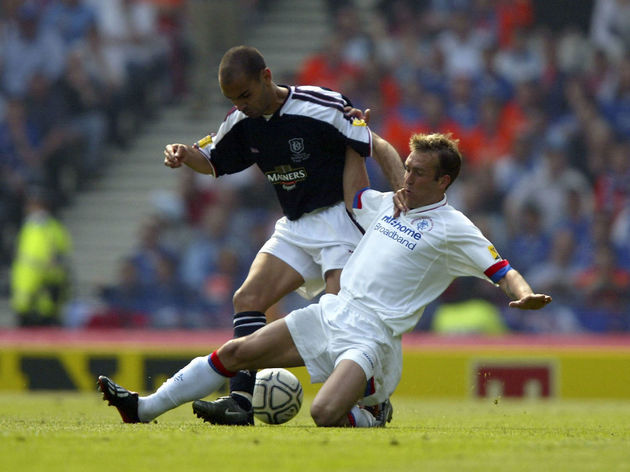 He was named club captain in January 2005, and that new responsibility appeared to inspire Ricksen, who raised his game even further. The versatile defender was often deployed in a more advanced role, and his nine goals saw the Gers win yet another domestic double.

He was named the joint-SPFA Player of the Year that year, but saw his role in the team come under threat following the arrival of new manager Paul Le Guen.

We're deeply saddened to hear of the passing of our former player Fernando Ricksen. He battled bravely against motor neurone disease right until the end and we are all thinking of him and his family at this difficult time. pic.twitter.com/tyzC7Q5dPV

Ricksen was ultimately sent on loan to Zenit St Petersburg in August 2006 and sealed a permanent move to Russia just months later. He spent three years with Zenit, before ending his career with his first team