The English transfer window has shut, but that never really stops the transfer rumours from circulating, does it?

This time, it's Bayer Leverkusen's superstar Kai Havertz who is dominating the headlines in Germany. The 20-year-old has been at Leverkusen since the age of 11, and has progressed at an alarming rate - now becoming one of the most sought-after prospects in the game.

It has ​now been reported that Liverpool, Manchester United, Manchester City, Arsenal and Chelsea have all joined the race for his signature. Saying this, the report states that Leverkusen will demand a fee in the region of £91m. But the German side believe they can demand such a fee due to the monumental sum involved in the transfer of Joao Felix to Atletico Madrid.

It is worth noting that any deal for an English side will not be possible before January at the earliest. However, with his rising stature and supreme talent beginning to get more and more recognised, here's a look at how he could fit in to each side. 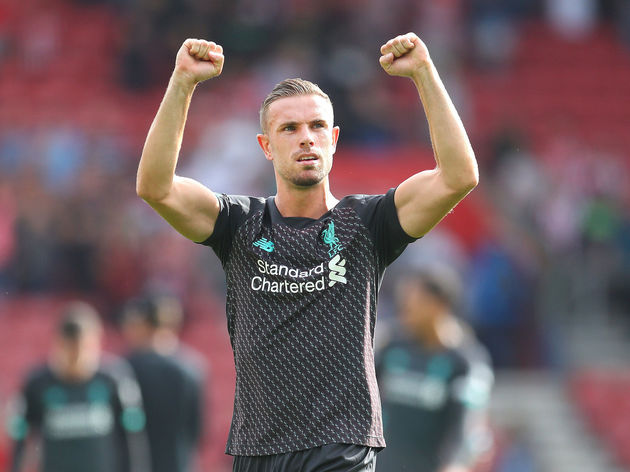 ​The Reds had a quiet summer, failing to make a high-profile signing. There was talk of a move to re-sign Philippe Coutinho, but the Brazilian ended up ​joining Bayern Munich on a season-long loan.

If there's any area the Merseyside club can improve, it would be the creativity in midfield. Havertz bagged 20 goals and seven assists in all competitions last term, mainly operating as an attacking midfielder. Saying this, it's his versatility that could prove to be so important to Liverpool, as he can operate anywhere in midfield and across the attacking line.

In the league last term, Jordan Henderson, Fabinho and Georginio Wijnaldum managed a combined total of five goals and five assists. Havertz would most certainly improve these mediocre stats, and would form a lethal combination with the front line. The German could be the man to propel ​Mohamed Salah, Roberto Firmino and Sadio Mane to even greater heights - now that's a scary thought.

Oh, and he's also German, which would play right into the hands of Jurgen Klopp.

There has been a never-ending transfer saga surrounding the future of ​Paul Pogba, with the Frenchman seemingly having his heart set on a move to Real Madrid. And although the club was unable to land a new world class midfielder to either replace or support Pogba in midfield, the interest was there with Sergej Milinkovic-Savic and Bruno Fernandes the most repeated names.

It was later revealed that ​the Red Devils pulled out of a deal for Fernandes due to his misplaced passes. As for Milinkovic-Savic, his height, power and ability to find the net were the key attributes that had United so interested. However, in Germany, Havertz is known Alleskönner

really an issue for the Old Trafford side, meaning the £91m isn't a stumbling block. Instead, they will reap the rewards instantly.

Kai Havertz is the Bundesliga Player of the Month for the second consecutive month!  pic.twitter.com/xMEDgL4Mf4

In recent years, ​Man City have proven to be outstanding in the transfer market - with their acquisitions going on to become absolute success stories. Havertz would be yet another to add to the list.

With ​David Silva set to leave the Sky Blues at the end of the season, Pep Guardiola could turn to the transfer market. He will undoubtedly know all about the superstar from his time at Bayern Munich, and will be aware of what he can offer. Havertz could slot seamlessly into the role Silva has occupied for many years, and who's to say he can't bring more to the role?

dictate a game, are all attributes that Guardiola looks for. Havertz would also understand the City style of play, as Bayer Leverkusen play in a similar way with Julian Brandt and Leon Bailey making the runs infield - and he is tasked with supplying the ammunition. A day never seems to pass at ​Arsenal without ​Mesut Ozil being a topic of discussion. Is he good enough? Does he work hard enough? Are his wages an issue?

Well, as has already been discussed, the 20-year-old wonderkid would bring bags of quality and intelligence to any team. However, this is also a player who has based his game on Ozil, and has idolised him. He would effortlessly slot into the attacking midfield role, creating chances at will for ​a lethal frontline that now includes Nicolas Pepe.

The Gunners have enough holding midfield players, but Havertz would provide a much-needed element of creativity from midfield, as well as from the wing if required. Frank Lampard was still searching for his first competitive win as ​Chelsea manager until this weekend, and it has been a lack of cutting edge that has prevented the Blues from claiming three points until Tammy Abraham's brace put away Norwich.

The manager has come out ​and insisted that his players must share the goalscoring duties following the departure of Eden Hazard. The pressure has been piled on Mason Mount to deliver, with Abraham in a similar position. However, the west London side have struggled fo find the net and are desperately searching for someone to step up and deliver the goods.

While the transfer embargo will prove a major stumbling block in their bid to sign the talented midfielder – they'd have to hope he's available in the summer – there is no question that he would be a world-class addition to a youthful side. He would most likely occupy the number 10 role, with Mount capable of playing on the left. He could prove to be the man to help fill the gaping hole left by Hazard.