20-year-old Havertz, who came up through the youth ranks at Leverkusen, enjoyed a remarkable season in 2018/19, scoring 20 goals across competitions and notching seven assists. With the start of the new campaign, he has started where he left off, with a goal to go along with another classy performance in the club's Bundesliga opener against Paderborn. 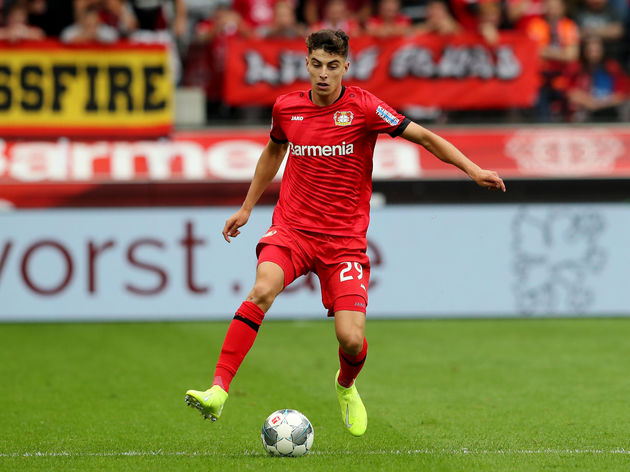 Naturally, this has led to a transfer frenzy across Europe, with no less than eight top sides jostling for his signature.

According to a report from German publication Sport 1, Premier League rivals Arsenal, Chelsea, Liverpool, Man City and United are all interested, while Barça, Bayern and Real Madrid are also name-checked by the report.

It is claimed that among the host of clubs, Barcelona have a slight edge as it stands, with the player himself having supported them since he was young.

While the German and Spanish sides have a headstart on their Premier League rivals - due to their summer transfer windows not shutting until 2 September - it is understood that any move is not likely to come until next year, with no clubs making any contact whatsoever with neither the player nor the club thus far.

When the time comes, though, Havertz is likely to command a fee of at least €100m (£91m), in accordance with the fees dolled out for both Frenkie de Jong and Joao Felix this summer.

Havertz, who can play pretty much anywhere across the midfield but is probably most effective as a central attacking midfielder, has a contract with Leverkusen until June 2022.