​Liverpool are set to sign a fresh kit deal with Nike - which has the potential to be the richest in the Premier League.

The Reds are currently with American manufacturer New Balance, who have been producing their kits since 2015. However, with their deal expiring at the end of the new season, Nike are eager to strike a new agreement. As reported by Forbes, the club are “on the verge” of signing a deal with the global corporation, which would begin in the 2020/21 season. It could become one of the most lucrative deals in the country, with the contract close to being agreed between the two parties.

​Liverpool are looking to agree a record fee with Nike, as they hope to form the largest kit deal in the ​Premier League. Adidas currently hold the most expensive deal with ​Manchester United, at £75m a season.

However, the Reds are eager to form a more lucrative, valuable deal with the American brand, one that surpasses Adidas’ deal with the Red Devils. Nike’s deal could therefore be worth close to £1 billion, if it was to surpass Adidas’ payment of £750m over ten years to United. Liverpool currently receive £45m a year from New Balance, almost twice as much as they were paid by previous manufacturer Warrior Sports. While it is one of the highest in England, the club are continuing to search for more money in a bigger deal.

Nike would be the sixth manufacturer to produce Liverpool’s kits, and the third consecutive American supplier after Warrior Sports and New Balance. They would also be Liverpool’s third different manufacturer in eight years, after having three manufacturers for the previous 39 years. 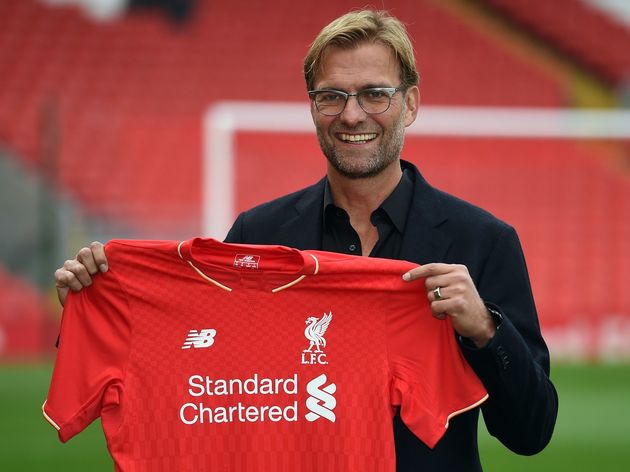 While Liverpool are the only Premier League team New Balance make kits for, Nike provide kits for three other teams in the league. ​Brighton have been with them since 2014, while ​Chelsea and ​Tottenham both signed deals with Nike starting in 2017/18.

Liverpool had a greatly successful season last year, finishing second in the Premier League and winning their sixth Champions League. They will be aiming to retain their European title this season, as well as to win their first league title in 30 years.