Arsenal's New Dawn: All Isn't as Rosy as it Seems at the Emirates (Seriously, Chill Out a Bit)

​Hey, Arsenal fans. How's it going? Sit down on the couch, get comfy – we need to have a little chat.

We've been having a chat amongst ourselves, all your mates, and...look, we get that you're very excited about this whole 'new dawn' this season. You've spent a bit of money, you've won a couple of games and you've got lovely, properly lovely kits. You all look great, bruised banana shirt and big smiles and we're happy for you. We really are. But don't you think you're rushing into this a little bit? It's been tough since you broke up with Arsene but it's not even been a month since you met this 'new ​Arsenal'. Fresh is new, fresh is exciting, but we all saw you incognito-browsing engagement rings in the office on Thursday. We're worried.

There's no easy way to say this: this is an intervention.

Let's have a look at the Arsenal season so far, two games and a truckload of hype in. The opening weekend, away at ​Newcastle – huffing and puffing with a pretty heavily rotated lineup, staggering to a 1-0 win. The away clean sheet was massively welcome, sure, but it came against a team of strangers. A team of strangers who just got walloped by ​Norwich. Norwich.

A team of strangers helmed by Steve Bruce, and led by a striker who's never scored more than eight goals in a league season...in Austria. Yeah, Arsenal kept a clean sheet. Great. Back to Fortress Emirates this past weekend to take on ​Burnley, a chance to really make a mark on the season against a team whose last ten games against Arsenal have all been won by the Gunners. All of them. All ten. Now 11, thanks to what could generously be called a 'nervy' win. A tight 2-1.

This lineup was closer to what Arsenal will look like going through the season; Luiz, Ceballos, Auba, Laca, Guendouzi – you like Guendouzi, don't you? – Leno, Sokratis. Pepe off the bench.

But here's the thing: it didn't look great. It looked shaky, the defence didn't look like it enjoyed being challenged. And this was against a Burnley side who lost seven of their last 11 games last season, and didn't strengthen much (Erik Pieters and Jay Rodriguez off the bench, that's all) over the summer. 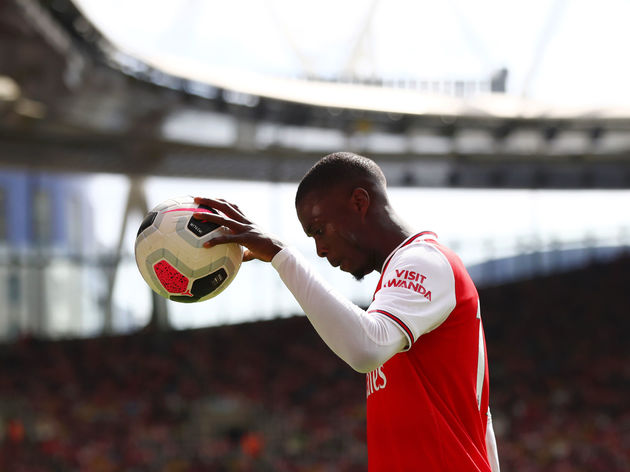 But that's okay, it's about the players who have come in. Players to fix the shambles at the heart of defence like David Luiz, who did his level best to give away a goal within five minutes of his debut and was left in no-man's land for Ashley Barnes' goal. Yes, David Luiz, and Celtic's injured Kieran Tierney. Oh, and William Saliba, who is...someone who might be good? In a couple of years? Maybe?

Whatever. Who needs a defence? It's all about the attack, the £72m signing of penalty specialist Nicolas Pepe and loan deal – with no purchase option – for Dani Ceballos. No snark here, they both look great. You can be excited about them, even if Ceballos is just a one year rental. We're not saying you're not allowed to be excited about things. We're your friends, we want you to be happy. But throwing yourself headfirst into the embrace of a Europa League specialist on the basis of a couple of not-actually-very-good wins and some signings which are mostly either average or unproven? Just...don't go picking out the ring yet. For your own sakes.