Lukaku (12) was ​one of four United players to net double figures in the Premier League last season alongside Paul Pogba (13), Marcus Rashford and Anthony Martial (both 10) - the first time four players had reached the league goal milestone in a single season since 1995/96. 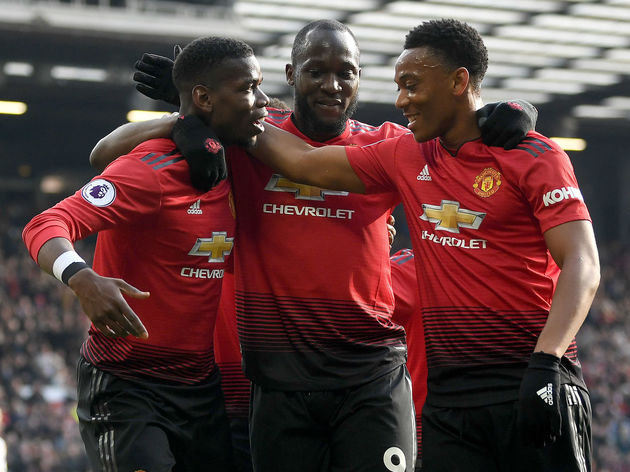 Yet despite Lukaku's exit, Solskjaer remains 'confident' his team will score goals and is expecting a resurgent Jesse Lingard and new signing Daniel James to also contribute. He also still has Alexis Sanchez at his disposal and his is planning very much with the Chilean in mind.

"Of course, Rom has a good record and good stats. He's one of the top number nines around, when you want to play with that kind of striker, and he's that target man," Solskjaer told MUTV.

"For me, I'm very confident that we'll get goals from Martial, Rashford. Dan James will come in and create. I'm sure Jesse Lingard will get more [goals], so we do have a different attacking set-up this season," he added.

Ole on Mason Greenwood: "I believe Mason's going to be playing and involved a lot, and when he is he'll score goals." #MUFC pic.twitter.com/3eHPQIEiXP

Solskajer also still has plans to make 17-year-old Mason Greenwood a fully fledged member of the first team squad. The teenager played a handful of games last season and emerged as a star in the making during the summer, showing on-field maturity beyond his years in pre-season.

His rise was another major reason why replacing Lukaku wasn't a priority in the transfer market.

"You do have players that you think are going to make an impact and Mason Greenwood's pathway would have been a lot more difficult if we had another forward there," he said.

"I believe that Mason's going to be playing and involved a lot, and, when he is, he'll score goals."

As for Sanchez, who has scored a pitiful five goals since becoming the Premier League's highest paid player in January 2018, Solskjaer hopes he can give the former Arsenal star a chance to make his mark and rediscover the form that once made him one of Europe's best.

After an injury at the Copa America, however, he is several weeks away from match fitness.

"Alexis has come in and trained well. Of course, he's four or five weeks behind the boys and he's not played apart from a one behind-closed-doors [friendly] here, so I think he'll see this as an opportunity, as well, to make his mark," the United boss explained.

Ole on @PaulPogba: "He's been great. I keep saying the same thing when I'm asked about Paul. When he comes in, when he plays, when he trains; he's absolutely fantastic." #MUFC pic.twitter.com/a78ikPxEtp

Eric Bailly is the only notable absentee after undergoing knee surgery in pre-season.