​Wolves have officially confirmed the signing of AC Milan striker Patrick Cutrone on a four-year deal for a fee believed to be around £16m.

Nuno Santo's side have been in the market for a new forward through the summer as they prepare for their first season in the Europa League, with a stark lack of depth previously available outside of first choice duo Diogo Jota and Raul Jimenez - already evident in the use of Morgan Gibbs-White as a makeshift striker against Crusaders.

And after Jesus Vallejo was brought in to shore up their defence over the weekend, they have finally moved to combat the issue, with the addition of 21-year-old Cutrone, who netted nine goals in all competitions for the Rossoneri last season.

Wolves sporting director Kevin Thelwell told the club's ​website: “Patrick is an exciting signing at a very exciting period for this football club. 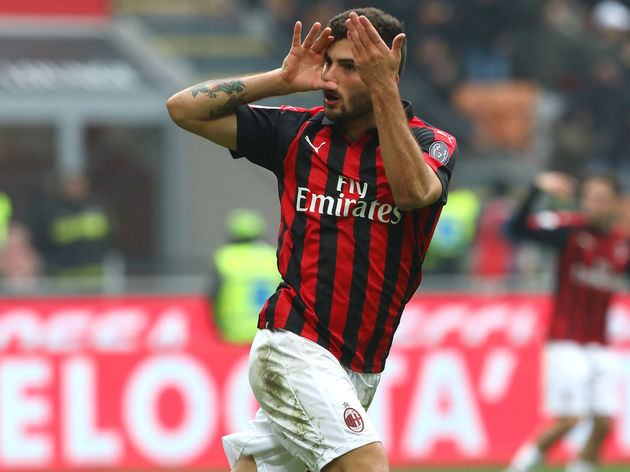 “We have a strong philosophy under the leadership of Nuno of bringing in the right type of people and developing young talent while staying humble and grounded as individuals, and we feel Patrick perfectly fits into our philosophy.

“We are very pleased to have a player of Patrick’s ability join the club and look forward to him being a part of Nuno’s squad in another historic season for Wolves.”

In a statement on their own ​website, Milan said: "

Cutrone could be in line for a ​Wolves debut in the first leg of the third qualifying round which commences on Thursday 8 August, with a trip to ​Leicester in the opening game of the Premier League season coming three days later.