On This Day in 2002: Rio Ferdinand Signs for Man Utd in £30m British Record Transfer

Ferdinand had previously helped take Leeds to the Champions League semi finals and had looked at ease on the global stage for England at the 2002 World Cup, but eyebrows were still raised at the price, exceeding the £28.1m United paid for Juan Sebastian Veron a year earlier.

Feeling the @ManUtd love today... honoured to play for the biggest club in the world for 12 years! Thanks to the great man Sir Alex for making it happen in 2002 ⚽️🏆 pic.twitter.com/C6qMaCDzf6

The reality is that the then 23-year-old proved to be worth every penny over the following 12 years as he won virtually every major honour that club football has to offer.

Although he would later become synonymous with the number five, eventually forming part of his personal branding off the pitch, Ferdinand initially donned the number six shirt with United as his favourite jersey was already occupied by French veteran Laurent Blanc.

Despite a handful of injury absences, that debut season brought the first of six Premier League titles Ferdinand won as a United player, with the club even setting a new Premier League record for the fewest goals conceded in a single season - 25. Having been controversially banned by the FA for eight months in 2004 for missing a drugs test - he was never charged with taking drugs - and causing him to miss FA Cup glory, Ferdinand soon went on to hit his peak as a new look United team began to re-assert domestic dominance.

In four seasons from 2005 to 2009 alone, the centre-back, who combined a rare blend of speed, power, technical skill, vision, intelligence and awareness, played 195 times for United, including Champions League glory against Chelsea on a rain-soaked night in Moscow.

It was during that time that Ferdinand and on-field partner Nemanja Vidic became revered as two of the best centre-backs in the world, and among the best in Premier League history. 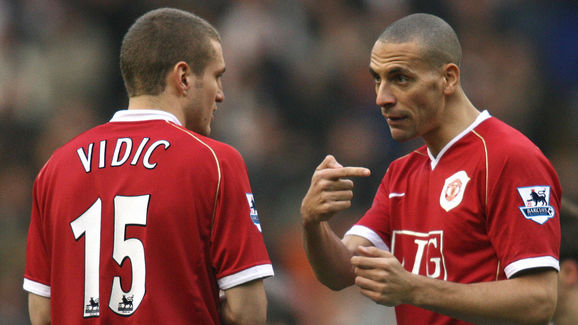 Injuries, particularly a niggling back complaint, cruelly began to affect Ferdinand after 2008. He was limited to just 13 Premier League games in the 2009/10 campaign as United lost what would have been an unprecedented fourth consecutive title to Chelsea by a single point.

A knee injury also ruled Ferdinand out of leading England as captain at the 2010 World Cup, although he returned to something like his former best in 2011/12 and 2012/13, with the latter season delivering United's 20th English league title and Ferdinand's sixth.

Ferdinand scored just eight goals in his United career. That number included a famous late winner against Liverpool at Old Trafford in 2006, but his last and most famous was arguably a winner he lashed in against Swansea in May 2013 in what was Sir Alex Ferguson's last ever game in charge at Old Trafford. 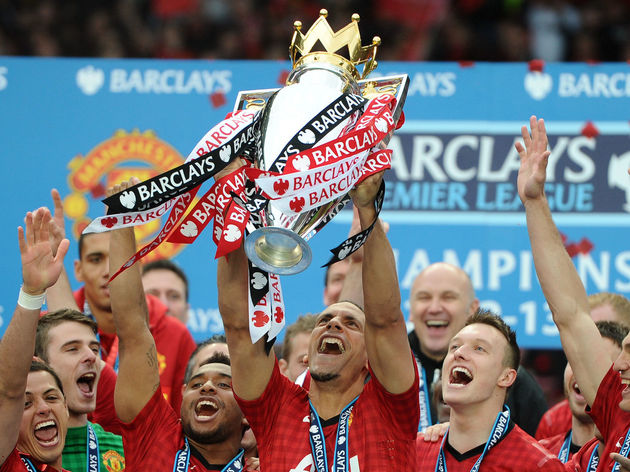 Following Ferguson's retirement, Ferdinand spent one final season at United under the management of new boss David Moyes. It was a disappointing campaign for both club and player, by then aged 35. He spent his last season in football back home in London at QPR.