Maguire is the top defensive target for both clubs this summer, but each have found early negotiations with Leicester difficult. The Foxes are under no pressure to sell the England international and have already rejected offers of £70m from both clubs, in clear belief that Maguire is worth significantly more in the current market.

Leicester will settle for a fee north of £75m - a world record for a defender - and as it stands it doesn't look like Man City are willing to meet it.

Man Utd, who've had a £70m bid rejected, are prepared to make a new offer.

At present, Leicester are prepared to do business for a fee north of the £75m Liverpool paid to sign Virgil van Dijk from Southampton. 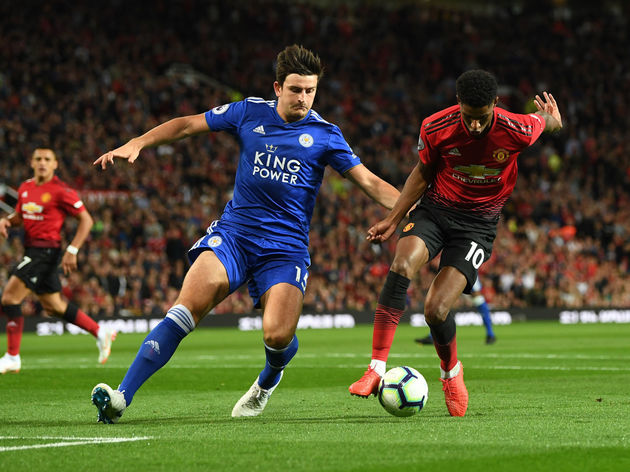 90min understands, however, that such a deal would be beyond City's self-imposed limits. City have shown restraint in the transfer market if a deal is not 100% right for them in the past - their withdrawal from the pursuit of Alexis Sanchez 18 months ago is a prime example of that - and the price tag on Maguire is not one they're willing to meet either.

The title that comes with it may have something to do with it, too, but pulling this deal off would also mean City break their transfer record for the second time in one window. They ​spent £63m to sign Atletico Madrid midfielder Rodri earlier this week, confirming the deal and presenting the Spanish midfielder to press on Wednesday.

City's reluctance to meet the Maguire asking price is good news for ​United, who now sit in the box seat. Ole Gunnar Solskjaer's side are set to return with a fresh bid in the near future, and are expected to be happy to meet Leicester's asking price after further talks.

Maguire is reported to prefer City given their recent success under Pep Guardiola, but is open to a move to United too as he feels the time is right to move to a bigger club. While ​Maguire will not actively push for the move, Leicester are likely to go along with his wishes and eventually strike a deal.