​Lyon have denied reports of an agreement with Real Madrid for the transfer of defender Ferland Mendy, as rumours continue to press that a €50m transfer is inevitable.

Reports on Tuesday from L'Equipe and picked up in Spain claimed that the 23-year-old France international completed a medical with his suitors while on international duty, after Real Madrid met Lyon's asking price and agreed terms with the player.

However, with many expecting that there was nothing left but an official announcement and photo op to be done, Lyon released a statement rejecting talk of an agreement.

Mendy, who joined Lyon from Le Havre for just €5m back in 2017, became one of the most coveted full backs in world football thanks to his progress with Les Gones, attracting attention from both Barcelona and Juventus as well as Real Madrid.

It was claimed that Los Blancos officials flew to France to negotiate with new Lyon director Juninho Pernambucano, as they hurried to come to a swift agreement for the player they hope will become Marcelo's successor at the Santiago Bernabeu. Regardless of Lyon's denial, most see Mendy's transfer to Madrid as a case of when not if, with Marca and AS still insisting that a deal is 'a matter of days' from being confirmed.

The former claims that Mendy will sign a six-year deal at the Santiago Bernabeu and cite good relations between Florentino Perez and Lyon chief Jean-Michel Aulas (an unorthodox transfer market operator) as a further reason for the deal to go through.

Mendy is currently on international duty with France, who face Turkey on 8 June and Andorra on 11 June in their Euro 2020 qualifying campaign. 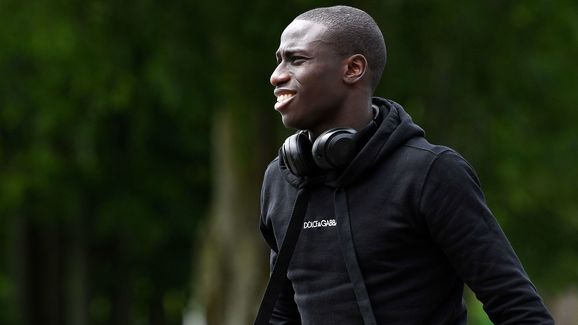 It has been suggested that Real are eager to wrap up a deal for Mendy in order to present him together with fellow newbie Luka Jovic, possibly alongside Eden Hazard, who is gradually nearing a move from Chelsea.

If completed, Mendy will become Madrid's fourth signing of the summer after Rodrygo Goes, Eder Militao and Jovic, taking the club's total transfer fee outlay to around €210m.