​Chelsea have written a lengthy farewell letter to Gary Cahill, labelling the defender as 'a winner and a legend' after he leaves the club he joined in 2012.

The club chose not to offer Cahill new terms, therefore he ends his association with the club where he made 291 appearances, winning two league titles and a Champions League crown.

Cahill had previously ​stressed his disappointment at the way he had been treated by manager Maurizio Sarri this season, making just two ​Premier League outings. Nevertheless, the club expressed their gratitude to the 33-year-old, who won eight trophies across eight seasons in west London.

"The skipper featured largely in the Europa League and League Cup this season, but his Chelsea story had already been written. He was able to say farewell to the Stamford Bridge crowd last month when brought on near the close of our win over Watford. It was his 291st Chelsea appearance, those games yielding 25 goals of his," the letter read on the club's ​official website.

"He made four appearances in this season’s Europa League campaign which raises his trophy count to eight. Munich, title triumphs and Wembley wins. Cahill has achieved it all during his time at Chelsea. A great player, a great captain and a great man. Cahill will be missed throughout the club. 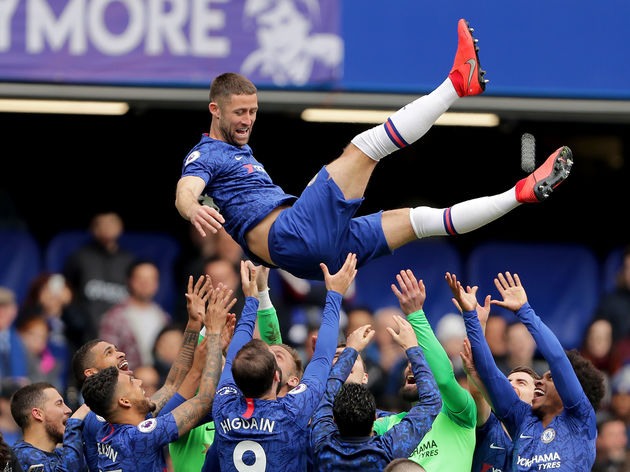 "He arrived at a big club with big dreams, ones he will probably admit he did not expect to be realised so quickly and to such an extent. He departs a Chelsea legend. Thank you Gary and best wishes for the future."

The former Bolton Wanderers player has stated he doesn't intend to retire from football yet despite leaving ​Chelsea, with recently relegated Fulham having expressed an interest in the England international.