​As Tottenham and Liverpool prepare for their hotly anticipated Champions League final clash in Madrid, Spurs forward Son Heung-min has warned the Merseyside club that he could be back to his own "fire mode" for the game.

With both sides looking to cap off their 2018/19 campaigns with much needed pieces of silverware, the South Korean star is confident that he will be back to full goal-scoring potential having failed to net in both legs of Tottenham's dramatic semi-final victory over Ajax. 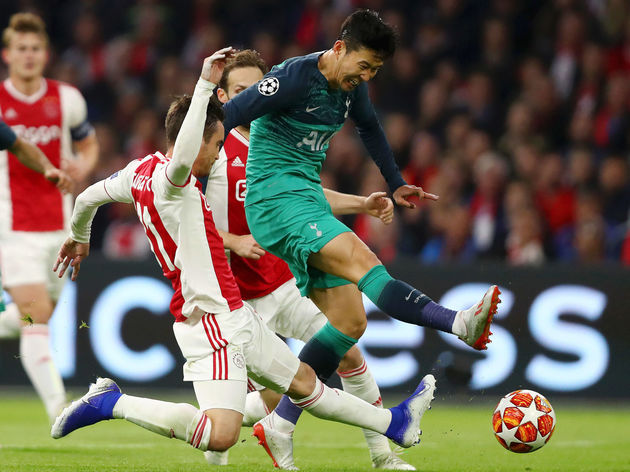 As quoted by the Evening Standard, Son said: “I think everyone needs this time to rest. We’re trying to get as fit as possible, to make sure we give everything in this game.

“I am a really, really positive guy and it is one of the best feelings to be playing in the Champions League Final, so I just want to make sure that I am ready for every single ball and every single second.

2-0 - Tottenham Hotspur are the first team to come two goals behind to win in a Champions League semi-final since Manchester United in 1999 against Juventus. Breathtaking. #AJATOT pic.twitter.com/JsXIq0z4Y5

"It is in three weeks, so everything is in our hands. I hope that I am in fire mode!”

The 26-year-old was not involved on the final weekend of the Premier League as Spurs ​drew 2-2 with Everton, having been sent off in the 1-0 defeat to Bournemouth.

Although the Tottenham forward focused his comments on Spurs' preparation for the final, he did also consider the emotions he would feel if his side were to win or lose.

"We just want to be ready and then we will see what happens. Liverpool are a strong team, so how we play will be important.”

The Champions League final will be contested at Atletico Madrid's Wanda Metropolitano stadium on June 1.