​Bayern Munich have been dealt a blow in their pursuit of Timo Werner, after RB Leipzig's chief executive insisted that no discussions have taken place between the two clubs.

The German international has been in fine form this season, scoring 16 goals and providing seven assists in the Bundesliga. 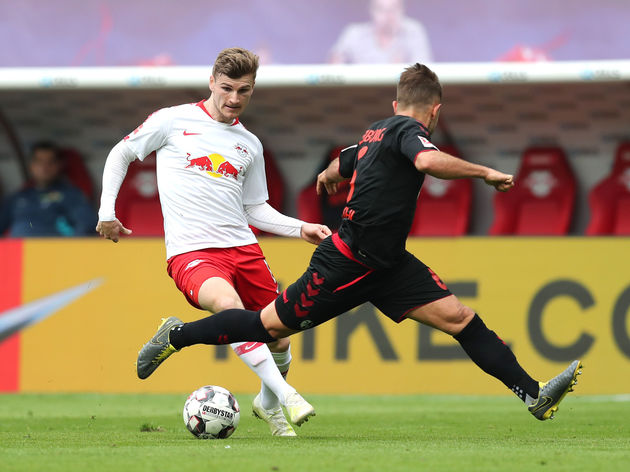 Speaking to ​Sky Sports in Germany, he said: "

"I don't think it's completely out of the question that he could extend his deal. We haven't talked to Bayern Munich about Timo Werner yet.

"Maybe he doesn't even want to go to Munich. Maybe he would rather join [Thomas] Tuchel in Paris, [Jurgen] Klopp at ​Liverpool or [Lucien] Favre at ​Dortmund."

Werner is one of Europe's most sought-after strikers, thanks in part to his impressive record for RB Leipzig, with him netting 50 league goals in his last three seasons.

While Die Roten have been dealt this blow ahead of what could be a busy summer, Italian journalist Tancredi Palmeri has offered better news in their pursuit of Fiorentina's Federico Chiesa.

He's claimed that €60m has been offered to the Serie A side to sign the 21-year-old, who would be viewed as long-term solution to their problems on the wing. That's because both Arjen Robben and Franck Ribery are set to depart the Allianz Arena at the end of the season.