That was one of the biggest problems that Van Gaal faced during his two years at Old Trafford after inheriting the remnants of Sir Alex Ferguson's last team, but lacking the right personnel he needed for his much talked about 'philosophy' to thrive. Instead, it died and he was sacked. 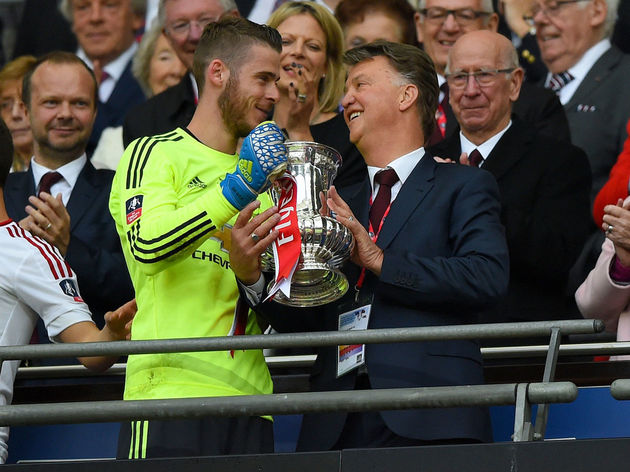 Van Gaal was hailed when he was appointed United manager in the summer of 2014. This was a man who had won it all in multiple countries. His first great success saw Ajax win the UEFA Cup in 1992, followed by the Champions League with a fresh golden generation in 1995.

He later won La Liga in his first season with Barcelona, took AZ to an unlikely Eredivisie title back in his native Netherlands, and was triumphant in the Bundesliga with Bayern Munich in 2010, also taking the German club to a first Champions League final in nine years.

Immediately prior to taking over at United, Van Gaal had led an unfancied Netherlands side to a third place finish at the 2014 World Cup, with a run that included a 5-1 demolition of Spain.

Unfortunately, things went badly wrong and his final job in football management is generally regarded as having been a failure. He was criticised for a perceived boring style of play and his failure to turn the club back into Premier League and Champions League contenders. It became clear after just 18 months that the club was increasingly intent on hiring Jose Mourinho. Given the circumstances of his reign and how it ended it is impossible not to feel sorry for one of the great managers of his generation. Had certain things beyond his control turned out differently, perhaps Van Gaal would have enjoyed the success that was expected of him.

It was no secret that United needed to invest in the playing squad as soon as Ferguson retired in 2013 - many still believe the legendary Scot's 13th and final league title to be something of a miracle by virtue of squeezing the very last breath out of an underfunded team.

David Moyes was sold short by the Old Trafford hierarchy when Marouane Fellaini was the only summer signing in 2013, the result of multiple failed and disastrous negotiations.

Van Gaal was given bodies in his first summer - Angel Di Maria, Luke Shaw, Ander Herrera, Marcos Rojo, Daley Blind and Radamel Falcao - but failure from club officials to get the right deals done was costly. The Dutchman noted in his BBC interview that he didn't feel Robin van Persie was fit enough for the job required and had asked for a replacement. He was provided with Falcao, a player still struggling for fitness after suffering a devastating knee injury just eight months earlier. The Colombian wasn't near the top of Van Gaal's wish list and it appears that United simply ended up with the scraps left on the market.

"I don't want to go through all the names but when you can't have the first or second choice, you have to be happy with the fourth or fifth, so Falcao came into the picture but we knew in advance he was injured. That is why I said we should take him on loan."

He claimed that Di Maria 'could not deal' with the kind of pressure on the ball that is the hallmark of Premier League football. That transfer had been agreed at a time when executive vice-chairman Ed Woodward was rumoured to be eyeing Galactico-style transfer targets, all the while he was said to have a firm eye on marketing potential and revenue streams. In hindsight and with Van Gaal's reflection, it looks like a transfer done without enough due diligence.

Van Gaal was provided with more players in his second season. Bastian Schweinsteiger was his personal choice, but injuries hampered the German. It is likely his influence was also heard with Dutchman Memphis Depay, whose attitude at that time has since been questioned. But it appears that too often United were not able to sign players to fit the manager's system.

In response to criticism that his football was 'boring', Van Gaal told BBC that to be successful against opponents who 'parked the bus' his team needed to play at a 'higher tempo'. The players that he had at his disposal seemed either unwilling or simply unable to do so.

It comes back to recruitment failings from those at boardroom level, which is not just a problem that restricted Van Gaal at United. As already mentioned, Moyes was crippled by it before his season had even started, while transfers eventually proved to be Mourinho's breaking point. Van Gaal also claims Ferguson told him that he encountered similar issues in his final few years. The problem for United is that nothing has changed in a decade, and it means that fortunes on the pitch won't improve. There have been rumours that the club is flirting with the idea of a technical director to oversee the running of football operations, crucially taking it out of the hands of people who are experts in business and finance. But it has so far yielded nothing.

BBC's Simon Stones notes that Matt Judge, an individual with 'a masters in economics and finance and 13 years of experience in investment banking' is the man in charge of negotiating fees and contracts at Old Trafford, just as was the case in Van Gaal's time at the club.

Van Gaal is withering in his assertion that United are a 'commercial club, not a football club'.

"At the moment there is a structure with a scouting division and above that is someone at Woodward's right hand. The structure is not so bad but the right hand has to be a technical director with a football view, not somebody with a banker's role," he said. 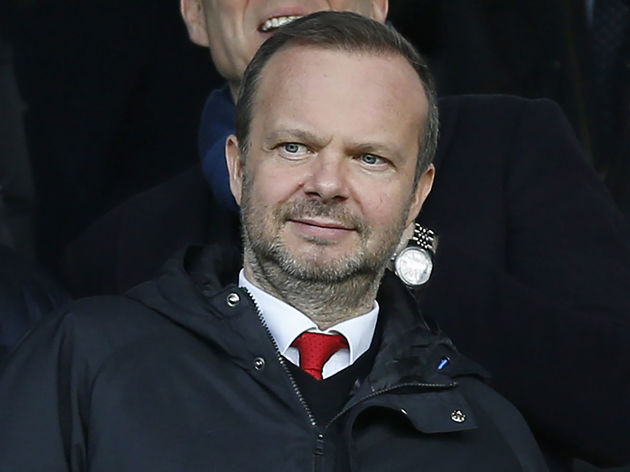 "Unfortunately, we are talking about a commercial club, not a football club. I spoke to Ferguson about this and in his last years, he also had problems with it."

United have been a huge commercial success at the same time as their on-field fortunes have nosedived. There needs to be more balance and perhaps if Louis van Gaal had been given the correct tools by those able to supply them, he might have been the right man after all.

It just all happened at the wrong time.

Indeed, the club is destined to keep falling short on the pitch for the foreseeable future, no matter who is manager, if things upstairs just stay the way they are.