Bayern Munich star ​David Alaba may have put the Premier League's powerhouses on high alert after admitting he could be interested in a move to one of England's 'big clubs', while also admitting a childhood support for Arsenal.

Austria international Alaba has made over 300 appearances caps for the Bavarians and has asserted himself as one of the worlds top left backs.

At only 26 years of age, he has already won six Bundesliga titles and the 2013 Champions League. While happy at Bayern for the moment, Alaba has discussed the option of looking for a new challenge elsewhere in the future. Speaking to German newspaper ​Bild, as quoted by ​Goal, the Austrian said: 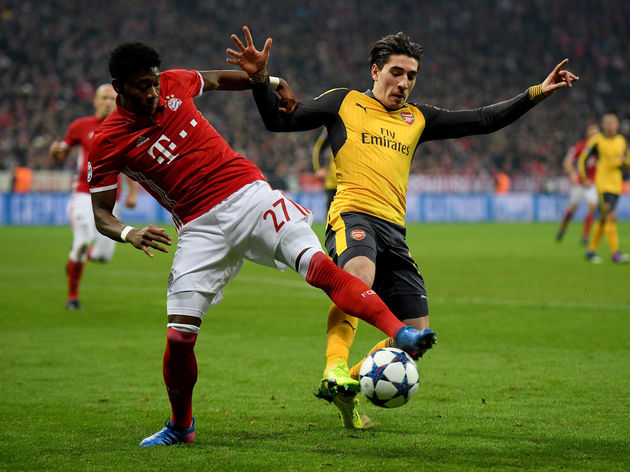 Known for his versatility, Alaba would have his pick should he choose to leave ​Bayern at some stage and his latest comments will have the top sides hoping to lure him away sooner rather than later.

As for now, he and his team find themselves in a close race with ​Borussia Dortmund for the ​Bundesliga title. Bayern will be back in action on 30 March when they travel to Freiburg looking to continue their run of six consecutive wins.