​Ajax wonderkid Matthijs de Ligt has revealed his desire to play with international teammate Virgil van Dijk at club level, admitting that a move to Liverpool could be a possibility in the future.

De Ligt has long been regarded as a future star, but has shot to prominence recently after captaining the Eredivisie side during their 4-1 victory over Real Madrid at the Santiago Bernabeu on Tuesday.

It is expected that many European giants will look to sign the 19-year-old at the end of the season, but De Ligt has admitted that he could move to Anfield to link up with Dutch teammate Van Dijk.

“[Moving to ​Liverpool] could happen. He plays for Liverpool, a good club, but I’m not focused on them. I focus on Ajax and then I’ll see where I end up.” 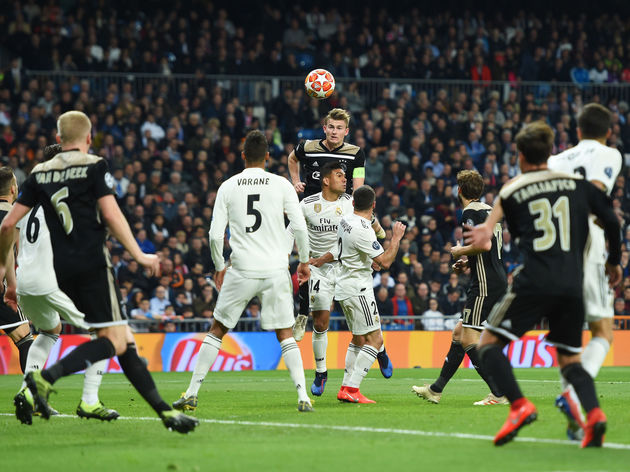 Juventus, ​Bayern Munich and ​Manchester City have been tracking De Ligt for months, but ​Barcelona are said to be leading the race for the Ajax starlet, as they seek to bring him to the Camp Nou alongside midfielder Frenkie de Jong, who will move to the club at the end of the season after agreeing to a €75m move in January.

De Ligt has made 13 appearances for the Netherlands, lining up alongside Van Dijk in ten of those matches. He has started his country's last 11 games, tasting defeat only in March's 1-0 loss to England.

​Liverpool manager Jurgen Klopp is said to be prepared to consider his defensive options at the end of the season. Both Joe Gomez and ​Dejan Lovren have struggled greatly with injuries this campaign, with midfielder ​Fabinho often tasked with dropping into defence to help manage the side's injury crisis. The Reds have emerged as one of Europe's top sides in recent seasons, and Klopp could look to sign De Ligt as an attempt to cement their elite status for the future.

However, with so much interest in the youngster, who could potentially command a similar fee to the £75m which Liverpool paid for Van Dijk, the transfer saga surrounding De Ligt promises to be an exciting one.