​​Borussia Dortmund will be looking to return to winning ways following the international break as they host Eintracht Frankfurt at the Westfalonstadion this Friday.

While Lucien Favre's side are still unbeaten in the early stages of the season, they had to settle for a point in their last outing against Hannover 96, and will be desperate for all three points on Friday as a win will send them top of the ​Bundesliga ahead of Saturday's fixtures.

Eintracht Frankfurt meanwhile will be wanting a win of their own after losing to Werder Bremen prior to the international fixtures.

Here's everything you need to know ahead of the match:

If their previous meeting was anything to go by, then Friday's game between Dortmund and Frankfurt is set to be an enthralling one, having served up a five-goal thriller last season.

BVB opened the scoring after only 11 minutes courtesy of a Marco Russ own goal, and it stayed that way until the final 15 minutes, when S Danny Blum's strike after 91 minutes looked to have earned Frankfurt a point, until Batshuayi's second of the game in the fourth minute of added time sealed the win for Die Schwarz Gelben, moving them up to third while the visitors stayed fifth.

After a tense opening minute to the new Bundesliga season, when BVB conceded their only goal so far against RB Leipzig, the centre back pairing of Manuel Akanji and Abdou Diallo has been a real bright spot for Dortmund so far. 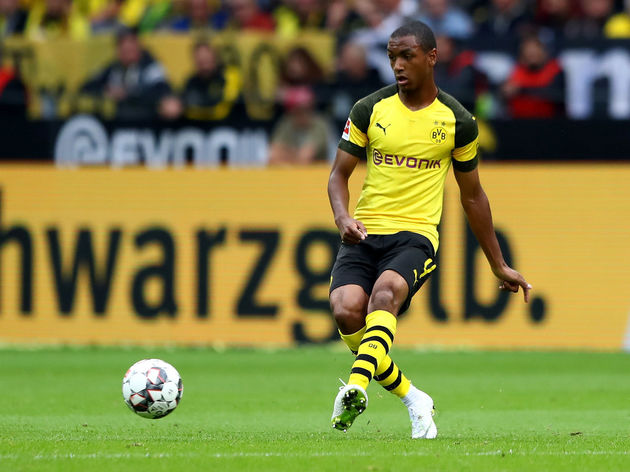 At 23 and 22-years-old respectively, the duo depict the modern day central defender, offering pace, athleticism and the ability to play out from the back, although they could be tested by Eintracht Frankfurt striker Sebastien Haller on Friday.

The 24-year-old has started the season well, netting in both of Die Adler's Bundesliga fixtures, and will be looking to continue his goalscoring run against Favre's side, with his physicality a key aspect to Frankfurt's style of play.

Lucien Favre will be without Christian Pulisic (leg), Raphael Guerreiro (muscle) and Omer Toprak (thigh) for the visit of Eintracht Frankfurt on Friday, while Paco Alcacer is pushing for his first start at Borussia Dortmund following his loan switch from Barcelona. For Adi Hutter and his Eintracht Frankfurt side, he will have to make do without Timothy Chandler and Goncalo Paciencia (both knee), Carlos Salcedo (ankle), while Ante Rebic (leg) is likely to take a place on the bench.

Dutch full back Jetro Willems will also miss the Dortmund game as he starts his three match suspension after he received a red card in Frankfurt's defeat to Werder Bremen.

Borussia Dortmund have made a promising start to life under Lucien Favre, and are likely to make it two home league wins from two when they face Eintracht Frankfurt this Friday. 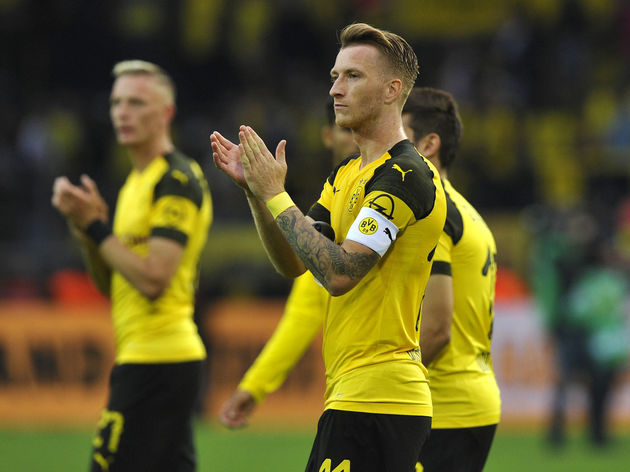 Adi Hutter has struggled since his appointment as Frankfurt's new manager, losing in both the German Super Cup and DFB-Pokal prior to the start of the Bundesliga season, before starting

the league campaign with a win and loss.

Friday's hosts remain the favourites to challenge ​Bayern Munich for this season's title, despite finishing 29 points behind Die Roten in 2017/18, and will continue their fine start to the season with a victory at home.