​Paris Saint-Germain midfielder Adrien Rabiot has reportedly told the French champions that he is not averse to leaving the club this summer, and a reunion with former manager Unai Emery could be on the cards.

Emery left PSG at the end of last season and replaced Arsene Wenger as ​Arsenal manager. He may now be interested in bringing Rabiot with him and the Frenchman is seriously considering his future with Les Parisiens.

​RMC Sport claims that Rabiot has been questioning his next career move for a while now and his decision to refrain from committing to PSG was apparently made 'with ​Barcelona and Arsenal in mind'.

Rabiot has been at PSG since he was a youth player, but he has enjoyed the best years of his career under Emery and is understandably concerned about how he will fit into the plans of new boss Thomas Tuchel.

Of the two clubs mentioned, Arsenal would probably be the better option for Rabiot, not just because of the Emery factor but also because he would be more likely to start on a weekly basis for the Gunners than he would at the Nou Camp. 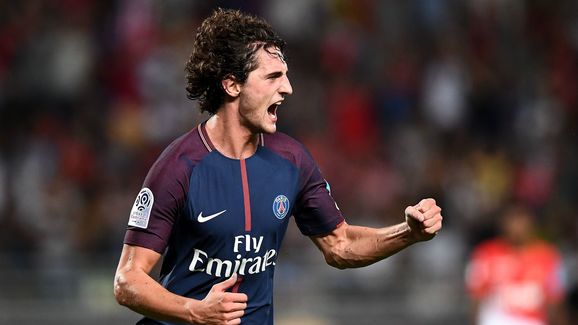 Rabiot is valued at

The fees for Bernd Leno, Sokratis Papastathopoulos, Lucas Torreira and Matteo Guendouzi were all undisclosed but are believed to add up to over £70m.

Stephan Lichtsteiner also joined the Gunners on a free transfer as Emery has wasted no time in overhauling the squad which finished a disappointing 6th in the ​Premier League last season.