According to CalcioNews24, Rugani is wanted by incoming Chelsea boss Maurizio Sarri, although he hasn't yet formally been hired to take over from Antonio Conte. 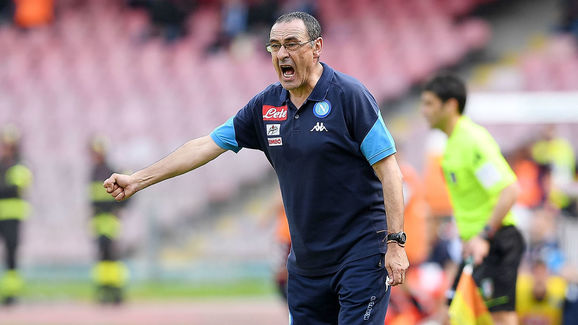 Sarri is said to have asked for Rugani or Napoli's Kalidou Koulibaly as he seeks a new centre-back, but the latter is apparently not for sale and a deal won't be possible. That also ties into recent speculation that Chelsea have a gentleman's agreement not to pursue Napoli players.

However, the Daily Mirror still alleges that Sarri wants as many as four of his former stars to move with him to west London ahead of next season - Dries Mertens (£27m), Elseid Hysaj (£23m), Jose Callejon (£21m) and Raul Albiol (£5m).

Despite Leonardo Bonucci's departure to AC Milan last summer, 23-year-old Rugani only featured in 22 Serie A games in 2017/18 and spent a lot of time on the bench. He could therefore be ready to leave the club he joined as a teenager in search of better opportunities. Chelsea have also apparently already offered Rugani a four-year contract with a basic salary of €4m (£3.51m) each season. That works out at about £67,500-per-week, before bonuses.

It is described as a 'very important offer', which, if true, suggests he could take it.