​Napoli appointed Carlo Ancelotti as their new coach several weeks ago. But with Sarri under contract until 2020, club president Aurelio de Laurentiis was still insistent that Chelsea must pay a release clause of around €8m (£7m) to hire him. 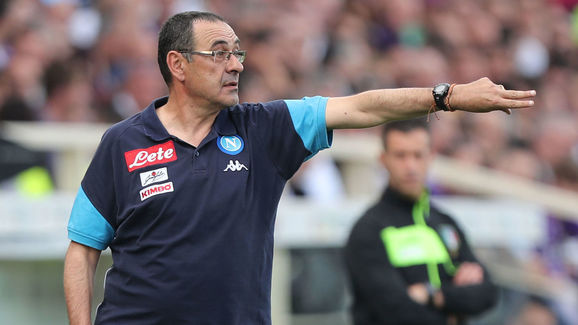 The ​Premier League side were unwilling to shell out that kind of money, especially with incumbent Antonio Conte entitled to a compensation package of up to £9m if he was sacked and opted take time off instead of walking into another job.

Now, however, it appears a breakthrough has been reached. According to a report originating in Italy

It was rumoured last month that during a meeting with Chelsea Sarri had put forward a list of transfer targets which included three players he definitely wanted from his Napoli team and another individual as an extra recommendation. But all four players could now be off limits for Chelsea if Sarri is allowed to leave Napoli without his release clause being triggered. It means he and the his potential new employers in west London would have to assess the transfer situation all over again.