​​Real Madrid ​vague threat to the leave the club this summer

Ronaldo had been a largely peripheral figure in the 3-1 win over ​Liverpool in Kyiv, with Gareth Bale and Karim Benzema stealing the headlines instead for their key roles. 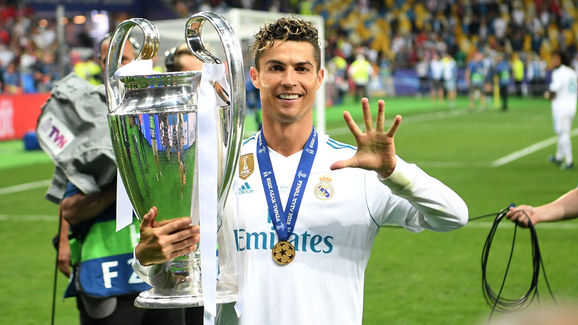 Speaking after the game, Ronaldo sparked uncertainty over whether he would remain at the Bernabeu, although he has now allayed fears of a sudden exit by assuring fans he will stay.

During the public celebrations in Madrid on Sunday evening, Ronaldo is quoted by AS as saying, "Thanks everyone, see you next year."

A separate report from the Spanish publication further explains that the club expects the five-time Champions League winner and five-time Ballon d'Or recipient to stay.

Real are said to have been keen to 'play down' Ronaldo's post-match comments and were apparently unaware of any plans he said he had to sit down and discuss his future with Los Blancos in the coming days.

It is said that Real had already agreed to open talks over a new contract with Ronaldo this summer after he was apparently promised an improved deal by president Florentino Perez after last year's victorious Champions League final.

The 33-year-old craves the recognition of being the best player in the world after being overtaken in that respect by both Neymar and Lionel Messi in the last 12 months. Ronaldo is currently believed to earn €22m each season, €15m shy of Neymar's net salary in France.

Ronaldo scored 44 goals in all competitions for Real this season, an improvement on his tally in 2016/17, and is now looking ahead to his fourth World Cup with Portugal.