Liverpoolstar Mohamed Salah will be ruled out of the World Cup this summer after suffering an injury to his shoulder during the Champions League final against Real Madrid on Saturday, according to reports.

The Egyptian winger went down under a challenge from Sergio Ramos early in the first half and despite battling to stay on the pitch, Salah was substituted due to his injury - leaving the pitch in tears.

Journalist Adriano Del Monte cited BBC Sport's report that Salah has picked up a dislocated shoulder, ​which can take up to 16 weeks to completely recover from.

Liverpool suffered a 3-1 defeat at the hand of Real Madridin the Champions League final, with the focus largely surrounding goalkeeper

Klopp described Ramos challenge on Salah as "harsh" - "Mo has gone to hospital for an x-ray. It is either the collar bone or the shoulder itself. It is very bad for Mo, very bad for us, very bad for Egypt."

Former Tottenham winger Bale also scored one of the greatest goals ever scored in Europe's elite competition, firing an audacious bicycle kick past Karius with what proved to be the winning goal of the game. 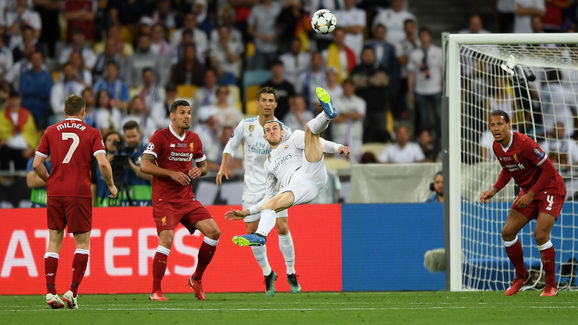