Ayoze Perez has begged the ​Newcastle board to do everything they can to keep hold of manager Rafa Benitez, with ​the Spanish manager heavily linked with West Ham since the departure of David Moyes this week.

Benitez led the Toon to a 10th place finish this season, and the club's strong finish has caught the eye of the ​West Ham, whilst the Newcastle players and fans alike are desperate for the ex-Liverpool man to stay. 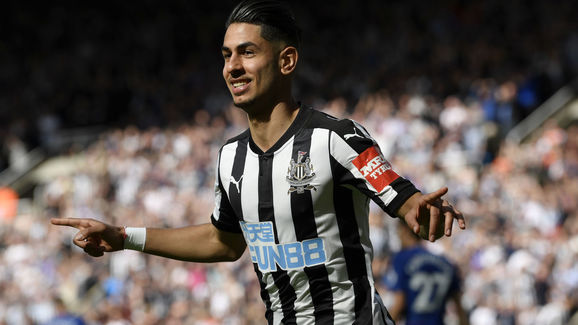 Perez, who scored six goals in the last eight games of the campaign, has urged Mike Ashley to give Benitez what he wants in order keep him at the club.

Perez told Chronicle Live: He made us reach this position of 10th in the table, just one year after going up, so it is a great achievement with the squad we've got. “We have to look after him, take him seriously and listen to what he wants, and hopefully we can keep him here.”

Benitez has worked on a shoestring budget throughout his time at St. James' Park, to the anger and confusion of the Newcastle fans, however reports suggest the board have promised a big transfer budget if he stays.

The Spanish manager has become a legend on Tyneside, but has just one year left on his contract, and without a sufficient transfer budget, Perez may see his beloved boss leave.