Bayern Munich rounded off their title-winning campaign in disappointment as they suffered a 4-1 defeat at the hands of a revitalised VfB Stuttgart, who have been in fine form since Tayfun Korkut took charge earlier this year.

The Bavarians clinched their sixth consecutive Bundesliga title some time ago, and ​Bayern Munich were eager to give their departing manager Jupp Heyckes a send-off to remember ahead of his summer retirement.

However, the Swabians had travelled to the Allianz Arena knowing that they would need to upset the odds to stand any chance of squeezing into the Europa League places. And even with star striker Bayern Munich will now be fully focused ahead of their DFB-Pokal final next week where their future manager, Niko Kovac, will take charge of Eintracht Frankfurt one final time.

The hosts wasted no time in going for the jugular, and a goal-bound effort from James Rodriguez after one minute could have found the back of the net had it not been for a deflection off his teammate, Robert Lewandowski.

But it was the visitors who took the lead early on. A stunning solo run from

Donis continued to cause Bayern Munich serious problems down the right wing, while Stuttgart's 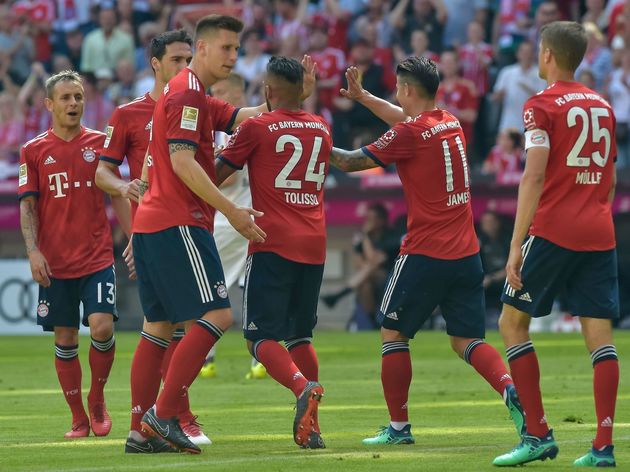 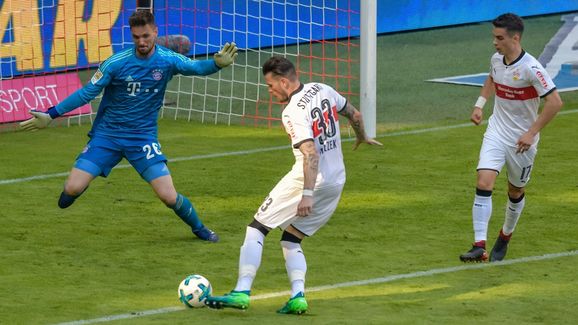 Bayern Munich desperately pushed for a way back into the game, but Tayfun Korkut's side were resilient throughout the rest of the second half and kept the ​Bundesliga champions feeding off scraps.

Thiago Alcântara should have pulled a goal back for the hosts after pouncing on a mistake from Timo Baumgartl, but Zieler popped up with another fantastic save to keep Stuttgart's three-goal lead intact.

Both Sandro Wagner and Robert Lewandowski saw snapshots fly just wide of the post, and Bayern's players became increasingly frustrated in the last few minutes of the game.

Despite piling a barrage of pressure onto the visitors, Bayern Munich were unable to find a way through, ensuring that Jupp Heynckes' reign at the club ended in a defeat to Stuttgart - who were only promoted to the Bundesliga last year.