​​Crystal Palace manager Roy Hodgson has admitted that Joel Ward and Yohan Cabaye could leave the club when their contract expires at the end of June, despite planned contract talks next week.

Ward has played a major part in the club's success in recent years, making 205 appearances for the club and winning promotion from the ​Championship in 2013, while Cabaye has impressed since arriving from French giants Paris Saint-Germain three years ago. 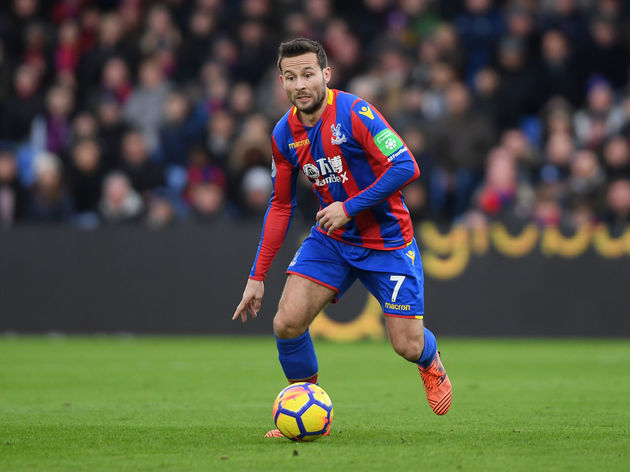 Former England boss Hodgson is understood to be preparing to lose the pair this summer though, with ​The Guardian reporting that Cabaye will need to accept a considerable wage cut from his £100,000 a week contract in order to have any chance of staying at the club. Europa League finalists Marseille are seen to be front runners for his signature, should he indeed leave Selhurst Park.

Ward meanwhile is yet to be offered fresh terms, with Hodgson admitting it's been hard to plan for the future with Palace's top flight status up in the air. "There are several players out of contract. You can't talk with people like Yohan Cabaye, Joel Ward, Julian Speroni, Damien Delaney or Chung-Yong Lee until you know where you're going to be and what you've got to offer. So this is going to be hard work in the coming days for myself and Dougie Freedman."

With their ​Premier League survival mission almost complete, Palace may look to open negotiations with the aforementioned players, though it may be too little too late in Ward and Cabaye's case. The Eagles have already tied up one bit of business ahead of next season though, with Spanish goalkeeper Vicente Guaita's move from Getafe already confirmed.