Manchester United will give manager José Mourinho their full backing in this year's summer transfer window - even if that means selling record-signing Paul Pogba.

The Telegraph report that the Old Trafford hierarchy are disappointed with the club's season, but still believe in the progress they have made under Mourinho and, as such, will give him their full backing this summer.

With Mourinho free to act as he pleases this summer, Pogba's future is given another layer of speculation. Despite a turbulent season, Mourinho still ​considers Pogba in his plans, but wants to see the Frenchman excel in the coming weeks. 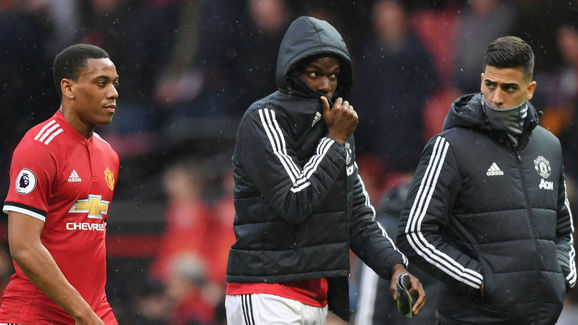 However, if Pogba does not prove his worth to the current boss he could be forced out of the club to accumulate funds for another summer overhaul - ​with the likes of Fred linked as a possible replacement.

finished last season's campaign with 69 points, a total they have already surpassed this year, as they sit second on 71 points with five games remaining.

Can't think of a poorer decision in the history of football if Manchester United sell both Paul Pogba and Anthony Martial in one summer. Beyond stupidity to even entertain the thought.

Mourinho will point to the riches Pep Guardiola has been handed at Manchester City and expect a similar some of money to bolster Manchester United's squad in the upcoming transfer window.

It is already known that Luke Shaw, Matteo Darmian and Daley Blind will be allowed to leave the club in the summer, but possible exits may come for Anthony Martial, Juan Mata and most significantly Pogba. Manchester City, PSG and Real Madrid have all been touted as possible suitors.