​​Manchester United have identified Shakhtar Donetsk midfielder Fred as the summer replacement for Paul Pogba and are willing to go toe to toe with rivals Manchester City to win the Brazilian's signature.

​The Mirror claims that Jose Mourinho wants more 'tactical discipline and consistency' in midfield and is ready to sacrifice one-time world record transfer fee holder Pogba to get it.

While any move of the sort would surely alienate Mourinho from the Old Trafford faithful, the United boss' travails with Pogba have been well publicised this season. 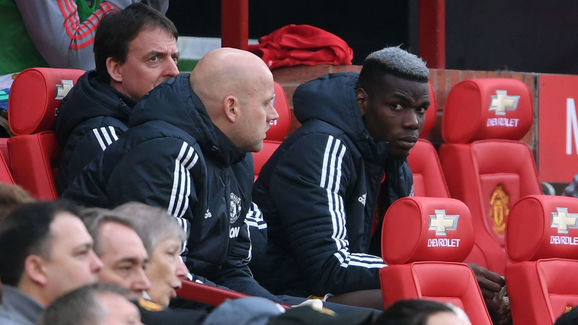 Despite the France international's match-winning brace in the Manchester derby, he was substituted during Sunday's shock defeat to ​West Brom, while rumours persist that the player and manager have fallen out and that several European giants were offered the chance to sign the player by 'super-agent' Mino Raiola in January.

​Reports on Tuesday morning suggested Mourinho had drawn up a shortlist of players - including Pogba - bound for the exit this summer, while the Mirror's John Cross claims that Fred is the man in the United manager's crosshairs to replace the former ​Juventus star in the Old Trafford engine room.

25-year-old Fred, who is represented by former ​Arsenal midfielder and World Cup winner Gilberto Silva, has long been tipped for a move to the ​Premier League with ​Shakhtar's CEO Sergei Palkin revealing earlier this year that he expects player to join one of the two Manchester clubs.

​​The Brazil international, whose role is much more defence-minded then Pogba's, is likely to command a transfer fee of upwards of £50m, particularly if ​Manchester City are drawn into a bidding war.