Liverpool hotshot Mohamed Salah has written his name into the club's history books with yet another splendid performance this weekend - bagging a remarkable four goals against Watford.

The former ​Chelsea and Roma attacker joined the Merseyside outfit last summer and has been quite the sensation at Anfield, scoring at a remarkable rate. 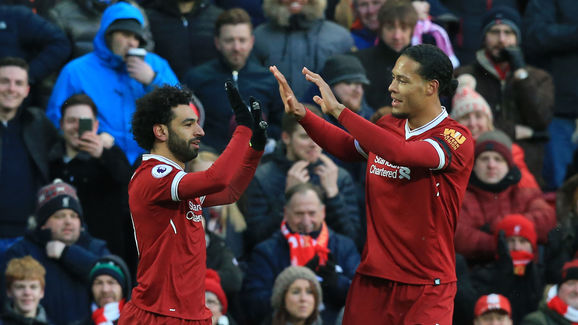 Playing against ​Watford on Saturday evening, the Egyptian scored a first-half brace to take his season tally to 34, but netted another two after the break to score a quadruple. He's now scored 28 ​Premier League goals this term.

Salah tied Fernando Torres' record of 33 goals in a single (debut) season with his first strike against the Hornets just four minutes after kick-off.

33 - Mohamed Salah has scored 33 goals for @LFC in all competitions - the joint-most for a single player in a debut season in the Reds' history (Fernando Torres, 33 in 2007-08). Legendary. pic.twitter.com/LHLPCnKvmh

He went one better, topping the Spaniard's achievement with another goal just before half-time, two better in the final 15 minutes after jinking through the Watford back line, and three better with five minutes left.

34 - Salah has now scored more goals than any other Liverpool player in their debut season at the club. Historic. https://t.co/5fxjDuxLwr

Salah also became just the third Reds player to score more than 25 Premier League goals in a single season. Only Robbie Fowler (25, 28) and Luis Suarez (31), had done so prior to him, with Torres falling just short of the mark with 24 in the 2007/08 campaign.

The forward's 36 strikes makes him the only ​Liverpool player to score as many in their first season at the club.