United were in the market for a new forward because of the back injury suffered by Marcus Rashford. They made an effort to re-sign former academy graduate Joshua King, before eventually settling for a six-month loan for ex-Watford striker Odion Ighalo. Rondon traded the Premier League for the Chinese Super League at the end of last season when his loan at Newcastle finished. He was linked with United in January and it was reported earlier this week that the club’s late desperation to get a deal done saw them give Bournemouth just a 15-minute deadline to consider a £25m offer for King, before looking to China instead.

Ultimately it ended up being a deal for Ighalo, but Rondon, who now plays for Dalian Professional under Rafa Benitez, has confirmed the interest United showed in him.

“There was something. It was not smoke,” he said. “They were very strong rumour. In the end it could not be agreed and now I have to focus on Dalian.” The pressure on Ighalo, who came close to scoring on his United debut against Chelsea on Monday night, as well as Anthony Martial and Mason Greenwood, has now increased after the admission from manager Ole Gunnar Solskjaer that Rashford may not play again this season.

“We can’t rush him,” the United boss is quoted as saying by BBC Sport.

“Hopefully he will play again this season but it will be touch and go towards the end. I hope he would play before the end of the season but if he is not fit then he won't go [to Euro 2020].” 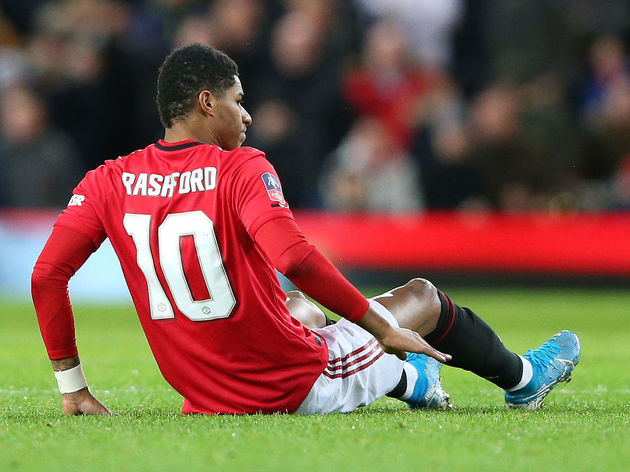 Prior to Rashford’s injury last month, United had failed to win a single Premier League game this season in which he hadn’t scored. To much fan relief, that changed on Monday at Stamford Bridge, a game in which new signing Bruno Fernandes played a decisive role.