Manchester City: Why the Citizens' Champions League Exit Could Be a Blessing in Disguise

​Tottenham came to the fortress that is the Etihad Stadium on Wednesday night and brought Manchester City's quadruple hopes toppling down. The crowd were left devastated as referee 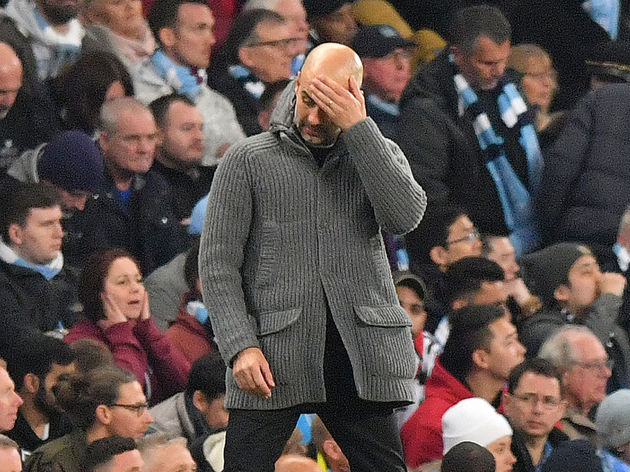 ​Champions Leaguethe governing body. The aversion originated in 2011, when the ​Premier League club received a greater fine for arriving onto the pitch 30 seconds late against Sporting CP than Porto did for their fans' racist abuse of Mario Balotelli.

The soured relationship with UEFA has led many on the blue side of Manchester to marginalise the value of Europe's elite competition, perpetually booing the official anthem before every fixture.

Retaining the league title is widely considered to be more important by supporters than lifting 'Big Ears'; focus can now remain firmly on domestic matters, an outcome that will certainly not displease them.

What's more, if Guardiola and ​Vincent Kompany had triumphantly hoisted a total of four trophies above their heads this year, the following season would have felt decidedly hollow. Nothing would surpass the magnificence of There is a strange, yet palpable, dissatisfaction amongst lovers of Celtic as the Scottish giants close on the 'Treble Treble', the achievement no longer resonating as it should. It's a feeling that may well have manifested itself in the hearts of those at the Etihad.

Nothing beats the first time; City supporters may take comfort in that, knowing that whatever followed a quadruple would be doomed to

Additionally, the team may have ended up victims of their own success. It could very realistically have led to a scenario in which City lost the Premier League title race to ​Liverpool, as well as both that