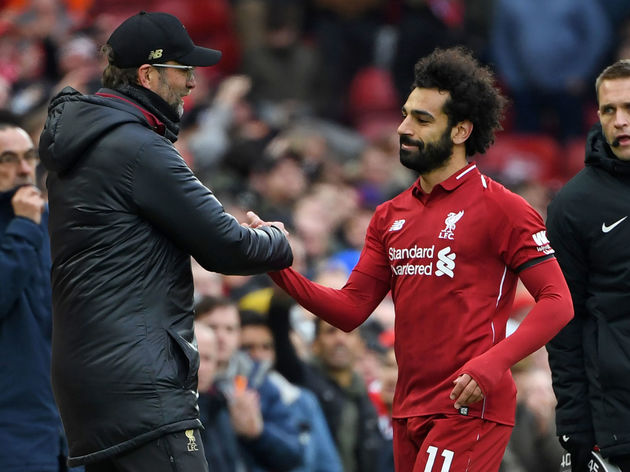 But Liverpool have told Mirror Sport that the speculation surrounding Salah's future at the club is "laughable", dismissing any of the claims made by the Madrid-based publication.

Salah's agent has also rubbished any suggestion that the Liverpool forward will hand in a transfer request at Anfield following a rumoured clash with manager Jürgen Klopp.

Salah has been back to his best in recent weeks following a slow start to the season, where he's scored three goals and claimed two assists since the end of March.

The Egyptian's form has been key for Liverpool as they've reached the semi-finals of the Champions League for the second year in a row, while they're also two points clear at the top of the Premier League table as things stand.

While Salah isn't running away with the Golden Boot award like he did last year, the 26-year-old is still joint top of the charts in the Premier League alongside Manchester City's Sergio Agüero