United have been on the lookout for a new centre-back since the end of last season, with the likes of Toby Alderweireld, Jerome Boateng and Raphael Varane linked with Old Trafford. But Maguire, who had been already loosely linked with United over recent months as well, now appears to be a genuine alternative target.

According to the Daily Mail, United are 'expected to make a huge offer' for Maguire this summer that could reach as much as £50m. That is close to triple what Leicester paid Hull for the Sheffield-born player just last year, but it will need a substantial bid to convince the Foxes to sell. 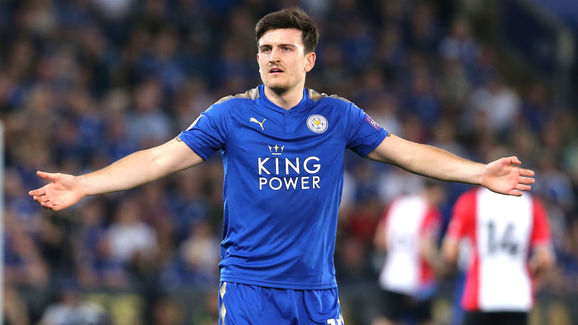 Speed is very much of the essence, though, as the early transfer deadline, which many clubs saw as a good thing when it was brought forward, is now less than a month away on 9th August.

United are actually due to play Leicester in the 2018/19 season opener at Old Trafford on Friday 10th August, but if 25-year-old Maguire is still lining up in blue on that day it will be too late.

Maguire established himself as an England starter alongside Kyle Walker and John Stones ahead of the World Cup and played in the two group wins over Tunisia and Panama. He then returned to side for the Colombia clash, before scoring in the quarter final against Sweden.