The Premier League era has been a tumultuous period for Liverpool.

Never quite able to live up to their former domestic successes over the past 30 years or so, their best moments of the club's modern age have indisputably come in Europe and in the cups.

Nonetheless, while the ​Premier League days pre-Jurgen Klopp were a bit of a slog, Anfield has been home to some unbelievable talent. Here, you'll find the creme de la creme. Alisson - The undisputed number one. The Brazilian has changed the game since arriving from Roma in 2018 and anyone arguing he's not the best to grace the home dressing room since Ray Clemence has some explaining to do. He's had the odd moment of insecurity, granted, but has generally been unplayable.

Pepe Reina - He'll feel hard done by to take his place on the bench here but Reina can have very few regrets about his time at Anfield. He was a truly iconic stopper and he's worth including just for his spectacular sh**housery as he raced up the pitch to celebrate with David N'Gog (spoiler: he's not picked).

David James - Calamity James makes the cut based solely on the fact he was number one for longer than he had any right to be. Longevity James? No, be quiet. Virgil van Dijk - Centre half, number four; he can defend and he can score. He can pass the ball calm as you like, and his name is Virgil van Dijk. That's what the famous Liverpool song about the Breda Behemoth says, anyway, and it just about sums it up. In just over two years he's made £75m look like an absolute steal.

Jamie Carragher - Now known best for his punditry work as he attempts to speak English on Sky Sports, gone are the days that Carra was an ever-present in the Liverpool back-line. He's a legendary figure, and was the long-serving vice captain at a time when he and Steven Gerrard were ​Liverpool.

Sami Hyypia - One that often gets overlooked due to the turbulent period during which he was at his peak, it's easy to forget that Hyypia and Carragher were one of the league's most fearsome partnerships for the best part of a decade. The Finnish defender was a magnificent servant and his contributions were recognised in style as his team-mates held him aloft after his final game in 2009.

Daniel Agger - Joe Gomez might feel aggrieved, but Joe Gomez doesn't score screamers on the semi-regular, nor does he have YNWA tattooed on his knuckles. Yet. Trent Alexander-Arnold - The Anfield academy graduate assists a legitimately stupid amount of goals and is, probably, the best natural right-back currently playing the game. And he's only 21. Frightening stuff.

Steve Finnan - By no means the best player who has ever kicked a ball on Merseyside but Finnan knew how to put a shift in. At his best, he was an ever-present and a fan favourite in a team that won the FA Cup, which is sadly more than most who have played for Liverpool over the last 30 years can say. Andy Robertson - The pepper to Alexander-Arnold's salt has wasted no time in endearing himself to the Liverpool faithful, and though he appears to be losing the assist battle to his rapidly improving right-sided team-mate, Robertson has nothing to be ashamed of in the creativity department. Already wearing the armband for his country, he's a Reds captain in the making.

John-Arne Riise - There wasn't a great lot of competition for the role of backup left-back but Riise's performances rampaging up and down the left flank were unmatched in the Liverpool Premier League years until Robertson came along. He had the right attitude even if he often had to fight tooth and nail for his place in the team, and he was able to net 30 goals in his seven seasons in a red shirt. Steven Gerrard - He was the captain of Liverpool for the majority of his playing career and there can be no argument that he's getting our armband too. Some will argue he was no Lampard or Scholes, or the fact that he never won the league undermines everything that came before, but all of that is nonsensical. Gerrard was the real deal and we'll probably never see anything like him again.

Jordan Henderson - The suggestion that Henderson could even hold a candle to Gerrard would have been rightly laughed at just two years ago, but he has persevered to write his name into the books as a legend in his own right. He perhaps lacks the dynamism or explosive ability of his predecessor, but his incoming league winner's medal is a pretty big check in his column.

Xabi Alonso - Besides being attributed the best nickname in football (La Barba Roja, or 'the Red Beard') by Real Madrid fans, Alonso was actually quite good with the ball at his feet too. He certainly knew how to ping it anyway - he once scored twice in a week from beyond the halfway line.

Dietmar Hamann - A straight toss-up between Hamann and Mascherano for this spot, but while the latter was perhaps more accomplished over the course of his career, it's Hamann's accomplishments at Liverpool which win out. He wasn't the best at anything, really, but knew how to put a shift in and never shied away when the going got tough. He's possibly the most underrated player of recent times at Anfield. Mohamed Salah - The Egyptian King's impact has been so seismic that 27 years before he signed for Liverpool, more than a year before he was even born, Manchester band James released a song about him. Google it, if you're not sure how it goes.

Dirk Kuyt - The cult hero to end them all, Kuyt's Liverpool career was much, much more than the hilariously atrocious hat trick he scored to sink Manchester United that one time. But it needn't have been; that alone was more than enough. Sadio Mané - Praising him is getting a bit boring, really. ​Mané keeps getting better and better to the extent that it doesn't even make sense any more; Kevin De Bruyne even admitted his freakish antics this season have ​earned his vote if and when the PFA Player of the Year awards take place.

Luis Garcia - His accomplishments weren't enough to earn him a place on his familiar right wing ahead of Salah or Kuyt, but they were enough to justify moving him slightly out of position to fit him in here. Garcia is another who comes highly underrated but for three years he was very, very good. 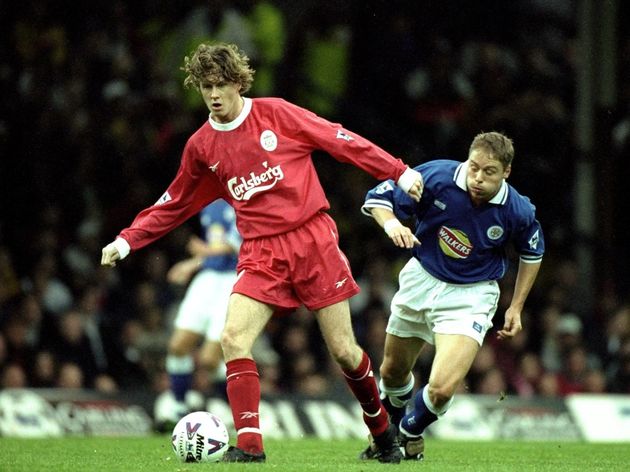 Philippe Coutinho - The manner in which he left, and everything that's happened since, might be enough to generate a few tuts among any Liverpool fans reading this, but let's not get all revisionist on ourselves. You don't earn a £120m transfer for nothing; Coutinho was bloody brilliant. 54 goals and 45 assists in 201 games attest to that.

Steve McManaman - McManaman was Liverpool's Mr Versatile throughout his nine years at Anfield, but although he lacked a little of the technical brilliance of his mentor John Barnes and those who came before him, his attacking contributions were nothing to be snuffed at. Luis Suarez - Similar story...though his controversies were a bit more prominent. Suarez is probably the best pure striker of the Premier League era to have played for Liverpool.

Robbie Fowler - This was tough and somewhere Roberto Firmino and Michael Owen shed a few tears, but you're not exactly going to leave out Fowler, are you? Come on, he's the Premier League's seventh-highest scorer ever, and was literally nicknamed 'God'.